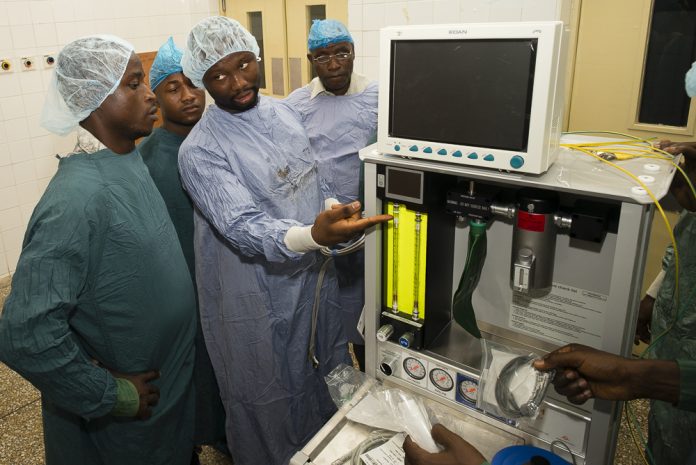 Of great concern to the public with respect to the delivery of health care services to patients, is the state of the X-Ray machine at the country’s Teaching hospital, Connaught, in central Freetown. Patients who have been referred to the unit for X-Ray have been disappointed to learn that the machine is not in working order and should therefore go to private hospitals that have functional machines to do their x-rays and bring the results to the doctors for further examination and diagnosis.
During a visit to the hospital this week, this medium observed that a good number of patients were awaiting the technicians to do their x-rays. One patient said that after wasting time going from place to place as they were being referred by nurses, they were finally told that the machine was faulty and has been out of order for quite some while now. He further disclosed that they were told to go to a private clinic (any) to do the x-ray and bring the results for analysis and diagnosis.
At a private clinic along Bathurst Street in central Freetown, this medium again discovered that many patients do not have the money to pay for the x-ray. Lamentably, one woman who had come for x-ray at that clinic was told that the stipulated fee for the x-ray is Le150, 000. Not having that amount the woman pleaded with the officials there to accept what she had on her and for the sake of humanity, help her. This they stoutly refused to do and the poor woman walked away frustrated and dejected. Among the patients who were at the hospitals waiting for x-ray, concerns were being raised that a poor man waiting to be x-rayed will only die if he depends on the Connaught x-ray service. One concerned citizen, adding his voice to the discussion, wondered how many patients may have died for want of x-ray.
In another development, this medium learnt that the CD 4 Count Cartridge used in the laboratory to determine the quality of the blood cells in HIV patients is not available in the laboratory. According to medical technicians, this cartridge is used in the CD 4 Count machine to examine the quality and quantity of the red and white blood cell of the blood taken from the patient. This implies then that people, believed to have contracted diseases, are being treated on medication that may need to be changed to suit the quantity and quality of the Red and White blood cells in their blood. During our investigations, it was learnt that this situation has been in existence for quite some time now and no action has been taken to address it.