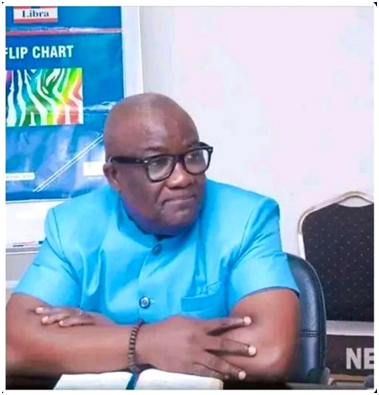 Further mentioned was that the Commission is pleased to announce that the first phase ended as scheduled successfully and that the data is being processed.

According to the ECSL, currently their field staffs are on deployment right across the country to begin the second phase of voter registration which commenced on the 20th September, 2022 at 7am.

It continued that the Public should note that 1,815 centers will open for all eligible Sierra Leoneans of voting age and those who will be 18 years old on the 24th June 2023 (polling day) to present themselves and update their details.

ECSL stated further that citizens should be reminded that centers will open right across the country in all 446 wards in every constituency and district maintaining that it is an opportunity for eligible citizens who could not make it in the first phase to find the nearest center in their community.

He warned all those who intend to do or encourage double or underage registration not to attempt because they would be caught and prosecuted saying the Commission is reminding citizens that it is a crime punishable by law stressing how they have the means to identify culprits adding that such persons will be prosecuted.

The Chief Electoral Commissioner revealed that in the first phase they had challenges which they shared with stakeholders adding that the Commission is grateful for the teamwork of all their staff and observers, and he is pleased that they have met those challenges maintaining how they look forward to more positive engagements with stakeholders and other partners including Political Parties.

He intimated that the ECSL Situation Room has been active receiving calls from all over the country and will continue to provide that service throughout the registration period reminding  the public  that the contact number remain the same: 838 on Africell, Qcell, and Orange on toll free access.

Mohamed Kenuwui Konneh informed that all other action points such as charging of the equipment (VVK, VIU, SOLAR BATTERY), first time voters have been addressed.

He also stated how they have put in place a generator hire scheme, bike hire and they have updated the VVK to capture all first-time voters who will be 18 years old on 24 June 2023.

The Chief Electoral Commissioner ,on behalf of  his colleague Commissioners and Staff ,gave a summary of the provisional data collected based on 80% of Centres reported for Phase one.

ECSL said its attention has been drawn to some misinformed allegations against it regarding the procurement of voter registration equipment and systems and will therefore make the following clarifications: That the ECSL carried out two separate and distinct procurement activities using the International Competitive Bidding (ICB) processes with regards to the supply of 2,000 high-specifications laptop computers of 2 terabyte storage capacity and accessories including 2,000 fingerprint scanners, 2,000 USB drives, 2000 laptop carrying boxes etc, Supply of voter registration software to verify and confirm registrants who present themselves for voter registration by using biometric authentication and supply of 1,850 portable solar-powered generators.

According to the ECSL, it was ensured that the evaluation of bids received followed the standard procurement stages of evaluation which were Preliminary, Technical and Financial evaluations.

The ECSL stated that it further ensured that only bids that had successfully gone through the Preliminary and Technical evaluations were allowed to be evaluated at the financial evaluation stage.

At the Financial evaluation stage, the ECSL said it selected the ‘Most Responsive Bidder’ with the lowest price for the above-mentioned procurement activities.

It continued that as a mandatory requirement, the National Public Procurement Authority (NPPA) endorsed the evaluation decisions of ECSL regarding the above-mentioned procurement activities.

The NPPA, it was said, reviewed the entire procurement processes and approved the evaluation decisions of ECSL with the issuance of No Objection clearance.

The ECSL disclosed that it has received all the items as specified in the above-mentioned procurement activities. (Laptop computers, scanners, USB drives, voter registration software and portable solar-powered generators) adding how it also ensured that the ‘ESL’ inscription was clearly engraved on all 2,000 laptop computers supplied.

It re-assured the public of its commitment to uphold its Guiding Principles and to continue to adhere to all applicable laws and regulations regarding its procurement activities.