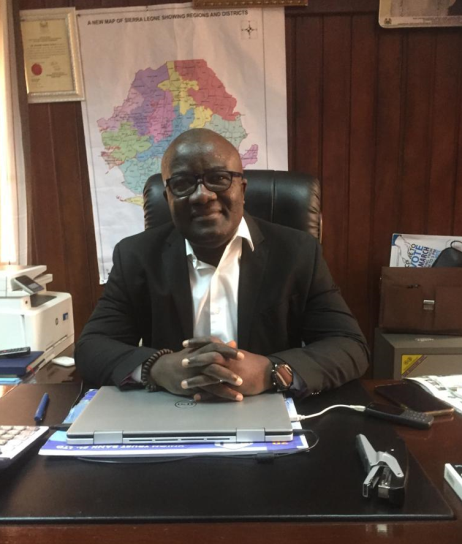 The practice of circumventing the process in the award of contracts to the wrong entities or individuals is an integral aspect of institutionalized corruption that has permeated public institutions for donkey years now. As a matter of fact the negative practice has been one of the factors responsible for the underdevelopment of the nation as contracts are awarded to the wrong persons or institutions. The resultant effects have been conspicuous in the production of sub-standard works, poor service delivery and wastage of public funds.

Of course it is an open secret that most times when donor funds are given for the implementation of certain projects or Government allocates funds for same there are public officials who are tempted to tamper with such funds out of personal aggrandizement or avarice. They will cleverly devise means by circumventing bidding processes just at the end of the day awarding such just to achieve their selfish desires,.

Well it has not yet been properly established as that is what is currently transpiring at the Electoral Commission for Sierra Leone (ECSL)with regards the process leading to the award of an important contract to bidders.

However, according to documents in the possession of this medium it seemingly appears that the country’s institution that is charged with the responsibility of conducting elections, the Electoral Commission for Sierra Leone has allegedly manipulated the process that will lead to the award of a contract to one of the companies that bid for the implementation of a contract as against others that showed interest.

The said contract is the one that deals with a tender that was put out by the electoral body for LOT 1 of the 2022 Biometric Voter Identification/Update project which could be identified by procurement number: NEC/DMVR/ICB/G/2022/0063.

The Calabash was made to understand that a notification has already be sent to one Laxton Group among all the bidders of the contract informing about the intent on the part of the electoral body to award them the contract even though it has been contested that the entity, Lexton Group, failed to sign their Bid Form attached to its official submission.

So far from what was understood with regards bidding for contracts of such nature is that an unsigned Bid Form renders its submission non-compliant as it is mandatory for such to be done to such a document before submission.

The one million question that springs up in one’s mind is: Was the Laxton Group granted the opportunity to do so after submission? As far as this news outlet is concerned, if the company erred in doing so, it was at that preliminary stage that the Laxton Group should have been disqualified.

What is unfathomable and very paradoxical about all this stage in the bidding process is that there was no officially published post-original submission re-bidding opportunity availed to interested parties through the usual communication channels like newspapers, the radio and other platforms?

As far as this medium was informed the specifications were not changed by the electoral body and making that known to the public including the bidders.  The other big question is: Where does this $293,100.00 USD increase come from and why was Laxton granted the opportunity to adjust their price while no other company was granted the same opportunity?

When this medium, however, contacted the Electoral Commission for Sierra Leone for their own side, the Director of Procurement, Sheku Loleh, first made the clarification that the contract has not been awarded yet to any of the bidders. He explained that it is only a notification of intent of the award of the contract that was sent out to all the parties involved underscoring that at this current stage in the process  they will encourage any protest by any of the bidders relating to how the process has gone this far before the contract is awarded.

The Director furthered that when initially an advertisement was put out related to the contract it was open for three weeks but continued that when the interested parties asked for an additional time they granted another one week making it four weeks.

He continued that on the day when they were opening the bids his Deputy said Laxton’s bid document was not among but upon cross checking with the National Public Procurement Authority (NPPA) it was discovered that it was there and it was signed.

In terms of the credibility of any of the companies that will be awarded, he said such will be predicated from the institution’s profile and past performances.

Importantly, he said at this stage bidders are still at liberty to make their concerns known assuring that they will be objectively looked into.

What was not really clear in his explanation was when he said that the inclusion of GST was communicated to all the parties when on the other hand it is being bitterly contested that other bidders were not aware of that change. This aspect actually smelt of a foul play which this medium will further and thoroughly investigate to bring out the facts.

However, of concern also to this medium is the effectiveness of Laxton Group’s software and hardware they used in their quotation. It is the candid view of this medium that to avoid what occurred in 2012 and 2018, in terms of technical failures, the Election Commission for Sierra Leone should ensure that while evaluating an open international tender such as the one in context they are comparing apples to apples and not apples to oranges.

In order to update their voters list effectively, the ECSL must choose an election expert with high-quality software and high-quality hardware that presents a technically and financially compliant bid at the time of submission.