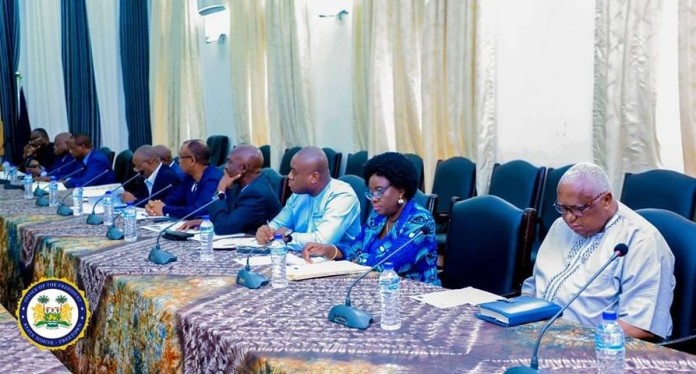 During the 2022 Dialogue between Sierra Leone and the European Union, both sides discussed a number of points of mutual interest.

The dialogue started with a fruitful exchange on the development cooperation between “Team Europe” (European Union and EU Member States) and Sierra Leone. This exchange was a follow up to the participation of H.E. President Bio at the EU-Africa summit in Brussels in February 2022, where the President had discussed with EU Commissioner for International Partnerships, Ms. Jutta Urpilainen, the 2021-2024 portfolio of 245 million Euros to support Sierra Leone’s development priorities in the sectors of Green Economy, Education and Good Governance in Sierra Leone.

The dialogue also included an exchange on the state of play of the preparations for peaceful, inclusive, transparent and credible general elections in Sierra Leone in 2023 and Team Europe’s support to the work of the Electoral Commission for Sierra Leone and other Electoral Management Bodies in cooperation with the United Nations Development Program.

With regard to the importance of multilateralism, both sides underlined their commitment to a rules-based world order in the framework of the United Nations. The Government of Sierra Leone gave an overview of the Sierra Leonean priorities as a non-permanent member of the United Nations Security Council in 2024-2025. Both sides underlined their commitment to universal respect for, and observance and protection of, all Human Rights and fundamental freedoms for all.

Team Europe and representatives of private companies from the European Union active in Sierra Leone had a fruitful exchange with the Government on the conditions for an enabling business and investment environment. This was the second time that private companies participated in the annual Political Dialogue addressing their suggestions directly to the Government of Sierra Leone.

At the end of the dialogue, both the Government of Sierra Leone and the European Union reaffirmed their commitment to further strengthening the partnership between Sierra Leone and the European Union, including their commitment to continue to hold regular political dialogues on issues of common interest, and to follow up on the conclusions and agreements reached in the course of these dialogues.