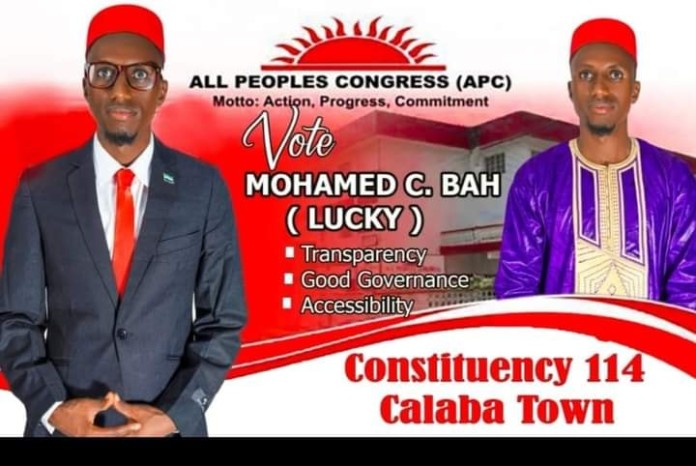 It has been proven beyond all reasonable doubt that the best and greatest politicians ever to emerge in human history were personalities considered to be too overwhelmed with tender compassion for the welfare of others as opposed to those who are introverts and self-centered.

That innate ability to always show concern and compassion for others, it has been established, had been the driving force that propelled certain individuals to vie for elective positions in order to be at vantage positions to selflessly advance the interests of others, especially the masses either in the form of advocacy or lobbying for resources to fund certain development projects that will positively impinge humanity and improve lives.

As the country is gearing up for an election year, 2023, when Presidential, Parliamentary, and Municipal Elections are to be held, various individuals have manifested interests to vie for certain positions under political parties, and as it is the case for now, as independent candidates.

Among such individuals that have so far surfaced is a young unassuming, attractive, ambitious, and compassionate personality in the person of Mohamed Cellu Bah aka Lucky.

Mohamed Cellu Bah has made intention known to contest for the Parliamentary Seat of Constituency 114, located within Calaba Town, after Wellington in the East End of Freetown.

Hailing from Koinadugu District, Northern Sierra Leone, and Mohamed Cellu Bah spent most of his lifetime in Freetown, to be precise in the Calaba Town Community, where his family has settled years back. His father, Mr. Rahim Bah, a renowned business man, who way back invested in the petroleum marketing sector, is said to be very influential, owning various Filling Stations in different parts of the country.

Mohamed also acquired his education in Freetown, attending primary school, the St Edwards Secondary School and is currently studying at Fourah Bay College, University of Sierra Leone in addition to the various short courses he completed in and out of the country plus the numerous international conferences and trainings he has so far attended.

As a fully paid up member of the current opposition All People’s Congress (APC) Party, under which he intends to contest, he has been very active and is very well known by the party’s hierarchy for his instrumental roles he had played, at various times, in advancing the interests of the party with some already expressing the view that there is no iota of doubt that the big vons of the party will not hesitate or stop at nothing to endorse his election bid.

Mohamed Cellu Bah is the current Director of the National Emergency Advocacy Team-Sierra Leone (HEATS), a Civil Society Organization, that is mainly focused on advocating for the rights and privileges of the down trodden, the marginalized and disadvantaged members of society with premium being placed on promoting the welfare of women and children, considered to be the most vulnerable in society.

This advocacy team, which he personally founded, was very supportive to victims during various disasters that have befell residents in that part of the country with the provision of food and non food items to those that were affected.

As a matter of fact the Civil Society Organization developed an App which was able to capture the exact data of victims of the flash flood disaster that recently affected a community in Freetown, with the information or data turning out to be very significant to the National Disaster Management Agency (NDMA) and other Non-Government Organizations in their response interventions.

He has to his credit the offering of scholarships to deserving children residing within the community, some in primary and secondary schools and others in tertiary institutions. He has also assisted young ambitious residents, who were opting to get the right entry requirements to enter Universities, succeed in doing so through his financial supports.

As insinuated, the compassionate thrust to do more to uplift humanity out of poverty may be the underlying factor that could have propelled Mohamed Cellu Bah to shift a bit away from advocacy in order to enter real politics where he is of the firm conviction that he will be at a very vantage position to continue to improve the standards of living of the vast majority.

His willingness and determination to turn around or improve on the terrible road network within the Calaba Town community, when he becomes the elected Member of Parliament of Constituency 114 and his stance to continue his educational empowerment of young people within and out of the Calaba Town Community through his sponsorships could be a confirmation that Mohamed Cellu Bah ,being a consummate human rights advocate could turn out to become an outstanding Politician, who will eventually turn out to be the true and ultimate Liberator of Calaba Town.