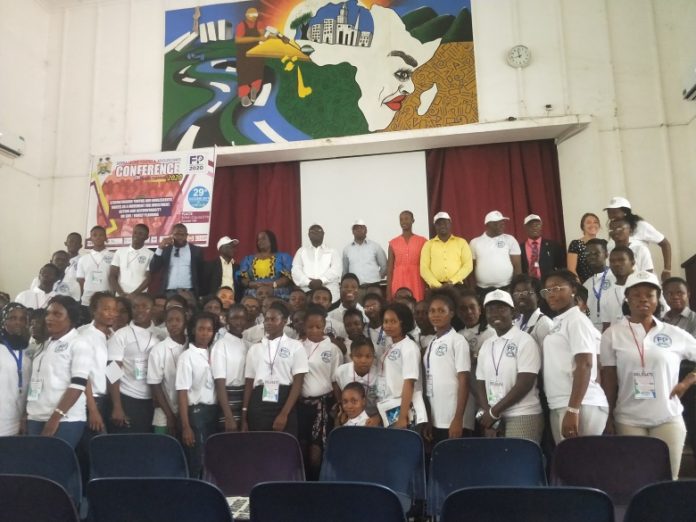 Family Planning 2020, a global coalition of countries on family planning, has on Tuesday 29th October, 2019 held a one day Youth and Adolescents Conference on family planning with the theme: “Strengthening Youth and Voices as a Movement for Investment, Action 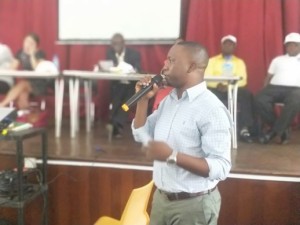 and Accountability on Family Planning “at the British Council Hall in Freetown. The event was geared towards educating young people on family planning activities across the country.

In his keynote address, Minister of Youth Affairs, Mohamed Omar Bangura, disclosed that society most times frown at discussing issues relating to sexual reproduction among young people, which he said has contributed to the ignorance of many on such issues.

He called on the Inter- Religious Council, parents, teachers to discuss the issue of sexual reproduction with young people as they are people they trust so much in society.

He said that sexual reproductive education does not have any negative impacts on adolescents but rather empowers them on issues relating to the said subject matter.

Youth Focal person, Family Planning 2020,Marian Pleasant Kargbo, disclosed that Family planning 2020 is a global coalition of countries to which Sierra Leone signed  its commitment in 2012, adding that one of the commitments  signed to by the Government of Sierra Leone is to increase the budgetary allocation for family planning.

She said that even though Sierra Leone is a signatory to the Family Planning 2020 there is still no budget line for family planning in the Ministry of Health and Sanitation. Marian urged Government to ensure that it lives up to its commitment.

She noted that according to statistics 80 percent of young people don’t take contraceptives saying such is a concern and we need to step up and save the next generation.

He noted that the Constitution maintains that one of the purposes  for the establishment of IRSL is “To promote the sharing among religious communities of their respective traditions, principles and values which can be related to building a peaceful and just society in Sierra Leone and the world at large.”

“One of our key member bodies, The Catholic Church, is opposed to artificial contraception and sexual acts outside of the context of marital intercourse; this church believes that using contraception is intrinsically evil in itself, regardless of the consequences. Catholics are only permitted to use natural methods of birth control. The only form of birth control permitted is abstinence,” he maintained.

He disclosed that as for Islam, the Quran does not make any explicit statement about the morality of contraception, but contains statements encouraging procreation, adding that the Islamic Prophet (Muhamed)  is reported to have said, “Marry and Procreate,”  According to him there existed a primitive form of birth control as a known practice at the time of the Islamic Prophet and his companions engaged in it but the Prophet knew about this, but never advised or preached against it.

He noted that they are including young people as they are the beneficiaries, adding that the conference also brought together key partners like UNPFA, USAID, Ministry of Health, Inter- Religious Council, PPSL etc in order to dialogue the issue of Family Planning and urged the Government to own their commitment.