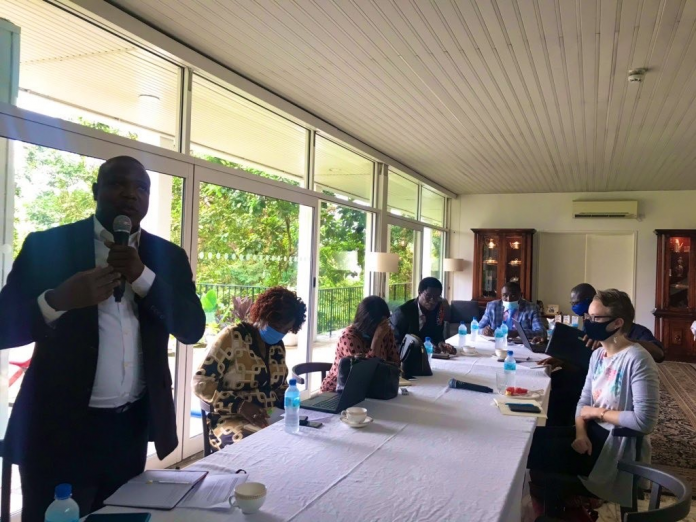 To mark the International Day to End Impunity for Crimes against Journalists, the British High Commissioner Simon Mustard, held a small, socially distanced breakfast to showcase their programmes of support for media freedom in Sierra Leone.

The event launched the implementation phase of the PRIMED (Protecting Independent Media for Effective Development) programme and marked the continuation of the Foreign, Commonwealth and Development Office’s support to the development of trusted, inclusive and independent media in Sierra Leone. The Minister of Information and Communication of the Government of Sierra Leone and representatives from across the Sierra Leone media landscape were in attendance.

The breakfast follows Sierra Leone’s significant step to enhance human rights, when on 28th October 2020, the Government repealed Part V of the Public Order Act of 1965 and enacted the Independent Media Commission Act 2020. It is a day that should be celebrated for media freedom and by all Sierra Leoneans.

The repeal of this criminal libel law is an important step forward for Sierra Leone to protect and support journalists.

The International Day to End Impunity for Crimes against Journalists is a UN-recognised international day observed annually on 2 November to recognise and defend media freedom. An estimated 495 journalists were killed between 2014 and 2018, an 18% increase over the previous five years. Only 131 cases of journalists’ killings are reported as being resolved since 2006, representing an overall impunity rate of 88%.

The UK has continued to support media freedom around the world, including here in Sierra Leone, working closely in partnership with Government, Parliament and the media in recent years. We have helped train journalists, including more female journalists. We have provided technical assistance to the Ministry of Information and Communications, the Sierra Leone Association of Journalists (SLAJ) and the Independent Media Commission (IMC). We will continue our partnership with all these organisations to help promote a liberal, forward-looking media system, underpinned and safeguarded by effective regulation. This important legal milestone is one more step in that collective journey.

As part of the UK’s support to media freedom around the world, we are also proud to celebrate the start of the PRIMED programme. This three-year programme supports the provision of public interest media in Bangladesh, Ethiopia and Sierra Leone. It is implemented by a consortium of media support organisations with expertise in different aspects of media and development. Led by BBC Media Action, other core consortium members are Article 19, Free Press Unlimited, International Media Support and Media Development Investment Fund.

PRIMED will address challenges to public interest media at both the outlet and environmental level. It seeks to build the resilience of media to political and economic pressures that undermine their viability. It supports the development of information ecosystems that enable a better flow of trusted public interest media content in three countries with different media environments: Bangladesh, Ethiopia and Sierra Leone. Gender equality and inclusion will be integrated across the programme. 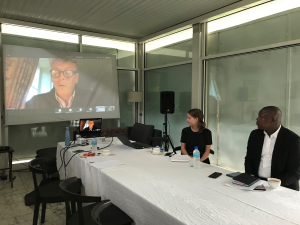