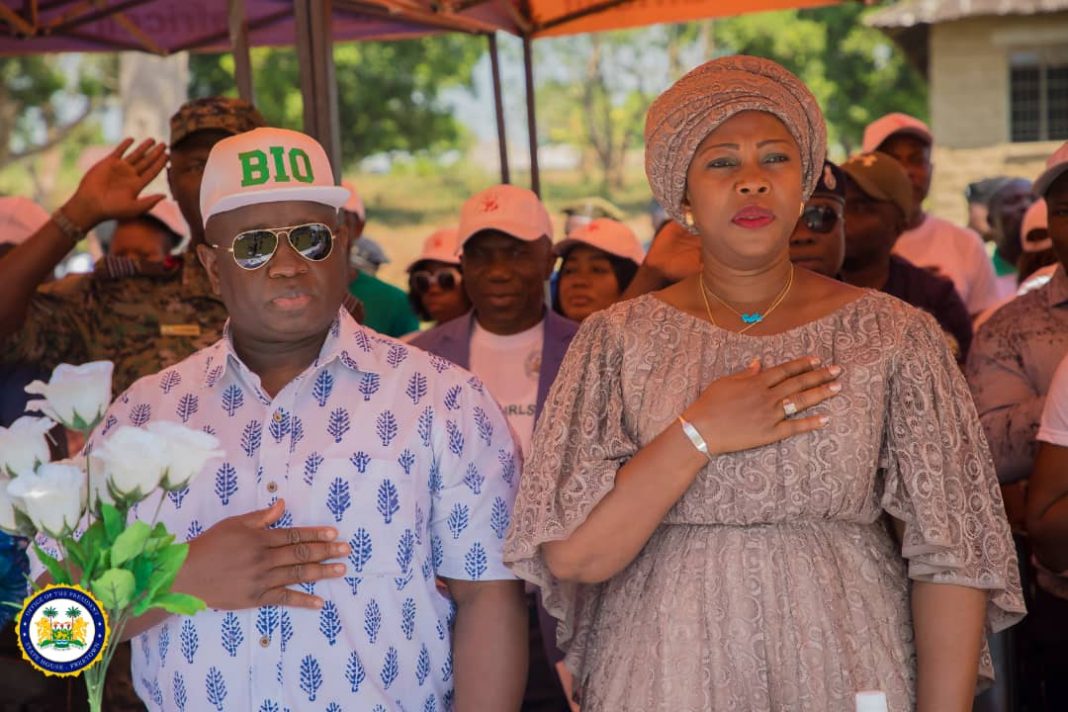 During the festive season, Her Excellency, Madam Fatima Maada Bio, was in Mattru Jong, Bonthe District, where she and her team took the Hands Off Our Girls Campaign to residents in that part of the country. Addressing the mammoth gathering present the First Lady stoutly warned social media bloggers to desist from spreading fake news relating to the initiative in particular and the campaign in general which has already been taken to other districts.

She emphatically hammered home the warning that the so-called bloggers are doing the young people of this country a disservice by unjustifiably blackmailing the campaign, adding that the initiative is not for her personal aggrandisement but the children and the future of the country.

“Unlike what some may want you to believe I did not receive any support from any organization for this cause. All what we have been using is from the Government coffers and not from any individual,” she underscored.

Sending the audience rocking with laughter, Madam Fatima Bio extended an invitation to critics to join her rather than vilify the campaign stressing that all what they are doing is geared towards protecting the country’s future and enhancing the continuity of development.

“What I’m doing is not for selfish reasons, but in the interest of protecting our girls,” she maintained.

The First Lady appealed to the youth of Bonthe District to support the Hands of the Girls initiative further enjoining them to embrace education pointing out how girls should not be carrying babies nor should they be married before the age of 18.

She also called on bike riders and other relevant authorities in the district to hands-off girls, adding that the country’s future will be bright with educated women that will be supporting different spheres of development.

She commended President Bio for making her the face of Hands off our Girls, a campaign, which she said is complementing the Free Quality Education programme.

Officially launching the Campaign on Bonthe mainland, President Julius Maada Bio said the advocacy by the Government to go round the country is for Girl Child empowerment which she believes will culminate into a brighter future for women in Sierra Leone.

He said: “Girls are vulnerable so we must give them special attention if they are to benefit from the Free Quality Education. The children are our future we should all work together to make them better.”

“Because women are disadvantaged, that is why my Government introduced the Hands Off Our Girls campaign,” President Bio stated. He said the law is now in place to deal squarely with men that abuse young girls and branded rapists as ‘beast’ adding that it is only a beast that would think of raping a child.

He told residents that there are no quick fixes to a country’s problem and that his Government is working to build on the foundation, which according to him is quality education for all.

Earlier during the programme, the Bonthe District Council Chairman, Moses J  Probyn said the message is clear and is aimed at empowering women. He assured of his Council’s support to lead the crusade against anyone found wanting in any form of sexual harassment against women and girls in the district.

Speaking on behalf of women’s groups in the district, Isata  Kamara, disclosed that the women in the district have already set up the Hands Off Our Girls group pointing out that it is a demonstration of how much they are determined to support the campaign.

The ceremony ended with the Paramount Chiefs in the district presenting a position paper to the President. 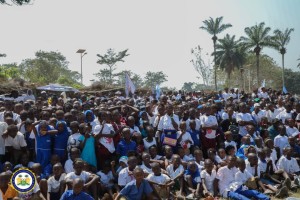