Speaking to this medium in an interview, Giving Tuesday, Sierra Leone Chapter Leader, Santigie Bayo Dumbuya disclosed that Giving Tuesday is a global movement which  has chapters in over 100 countries disclosing how the Sierra Leone chapter started in January 2020, adding that the idea of forming the Giving Tuesday was first announced in October 2012, a month before the first planned Giving Tuesday (November 27, 2012).

The announcement was made by Giving Tuesday founding partner Mashable and it has served as a platform to bring together philanthropists, companies, individuals and organisations to help  transform their communities and the world through fundraising, donation, promotion of organisations and advocating to donors to support members including but not limited to sharing resources, funding opportunities and tools to help empower individuals and organisations in order to engage in giving to the needy.

He said that on the 5th May, 2020 they will host a Global Campaign #GivingTuesdayNow which will take place all over the world as their intervention to the fight against COVID-19 adding that they are also using that Day to launch the Giving Tuesday Sierra Leone Chapter.

He said that Giving Tuesday encompasses making someone smile, helping a neighbour out, showing up for an issue or people they care about, or giving some of what they have to those who need their help. “Every act of generosity counts and everyone has something to give,” he expressed optimism  further encouraging everyone to identify their gifts, pick a cause that gets them fired up, and give back not just on May 5th for #GivingTuesdayNow, but every day as a way to show generosity. 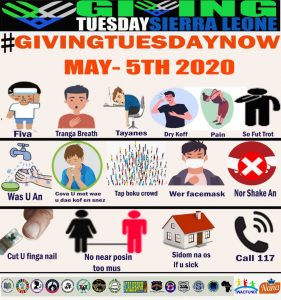 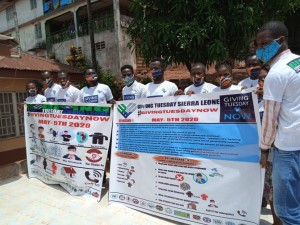 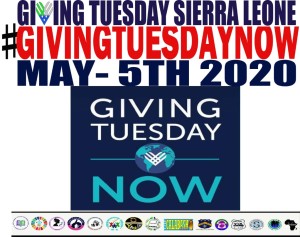 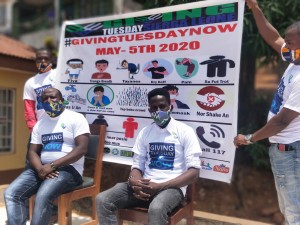