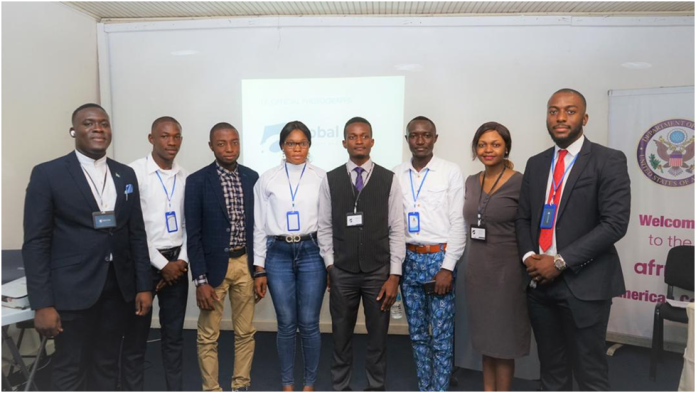 Global Study Consultants and Logistics has on Friday 2nd September, 2022 held a one-day Belt and Road Orientation ceremony in honour of their 4 Masters and 6 PhD 2022/2023 Sierra Leonean Scholarship Students to study at Jiangsu University and Chang’an University in China. The event was held at the Africell-America Corner on Bathurst Street in Freetown.

Speaking during the ceremony, the Executive Director of Global Study Consultants and Logistics, Bockarie Momoh Foh said Global Study is more than a study agency as it is an educational partner.

He disclosed that they aim to source opportunities and partnerships from far and wide to further develop their own knowledge base back home adding that no man has a monopoly over knowledge and in the world of academia cooperation is key to survival.

Bockarie Momoh Foh pointed out that they also extend a hand of partnership to secondary and high schools as their robust team of consultants will make it easy for those looking to further their studies abroad to do so with ease as they go beyond the application process and employ the holistic approach.

“To the Government we re-echo that we are your educational partner. For a country to make steady progress, human capital must be developed continually. Those in positions of trust must seek legitimate and credible platforms for development in their areas of service. You can depend on our global platform to make such become possible,” he revealed.

He disclosed that with over 80 Sierra Leoneans already enrolled by their robust team, he thinks it is safe to say that they are a trusted partner.

The Executive Director called on the general public to rely on them as their educational partner, stating that it is very much unfair for one to become a prey to swindlers and fraudsters just because they are seeking for better education opportunities elsewhere in the world and that such a burning quest to acquire knowledge has been exploited by persons of little conscience and leave behind a trail of broken dreams and ambitions.

“As an organization, we make a commitment to the general public to be a trusted partner and see that your dreams are achieved. We know that the promises made here today will be tested in the weeks, months and years to come but we also know that with our strong resolve and God on our side we will not fail this nation and all those who have believed in us. This is our commitment to you, we are more than a study agency; we are your educational partner,” he concluded.

He further thanked them profoundly for their efforts in facilitating the
applications of the students which culminated in their successful placement into various educational  faculties of Jiangsu University and other universities in China for the 2022/2023 academic year.

Prince A.J Williams pointed out that they recognize the importance of their cooperation, which has led to the two institutions signing a Memorandum of Understanding for their mutual benefits.

The successful applicants from the University of Sierra Leone are academic staff members whose acceptance into these programmes will go a long way to help towards staff career development to better position them for the tasks they have been employed to do.

He informed the gathering that the University continues to make frantic efforts at capacitating their academic staff as they seek to improve the University’s staff profile, adding that their partnership with Global Study Consultants and Logistics has further complemented their drive towards capacity building saying it is no doubt a welcomed and cherished opportunity in their quest for staff development.

Prince A.J Williams used the opportunity to encourage all applicants to make optimum use of the scholarship scheme with a view to ensuring that they come out with flying colours and be reminded that they are all ambassadors of their respective institutions and hope they will
represent them adequately.

Speaking on behalf of the beneficiaries, Abdul Salam Kamara, a USL candidate, who will be pursuing a PHD in Management Science and Engineering, commended the Global Study Consultants and Logistics for facilitating the
applications of all the awardees culminating in their successful placement into various faculties in Jiangsu University and other universities in China for the 2022/2023 academic year. He further described the move as a laudable venture towards supporting human capital development in the country.

He assured all that, as awardees, they will make good use of the opportunity given to them and in turn they will come back and create the impact needed towards the development of the country.