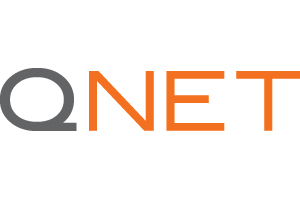 A pyramid scheme Qnet it is understood seems to be taking swathes of the country by storm. A Sierra Leonean who is operating a small fleet of Kekeh’s informed that a couple of his riders have been fooled to part with their hard-earned Le6,500,000 which he said is the membership fee to Qnet on the promise that if they successfully recruit more members their reward would increase.
“They are enticed with potential payments in dollars which is conditional on them successfully spreading the word,” he further revealed.
He further said that in the 80’s, a pyramid scheme known as 729 crashed spectacularly in Sierra Leone with people losing their hard earned cash, with some people losing a fortune. It was disclosed that the scheme may be legal in some jurisdictions; but in others it is strictly prohibited.
As a matter of fact it is based on the scheme’s ability to generate sufficient level of membership in order to maintain the cash flow which is then re-distributed. In some parts of the world it is referred to as multi-level marketing, binary tree, pyramid scheme or Ponzi scheme.
The scheme seems to be taking hold in Sierra Leone because of the way it is being marketed. Participants are being promised fantastic benefits which may or may not be deliverable.
According to investigations it was found that people are gullible and because of greed and lack of ability to be objective and sceptical, the bulk of people who are sucked into this scheme lack the financial sophistication for them to be able to challenge the assumptions contained in the selling pitch.
They fall for the scheme hook, line and sinker. It is presented as an effortless way to make lots of money in a relatively short period of time. (A fool and his money are soon parted).The product that is being used to generate the sale is rather opaque. None of the participants that this medium contacted was able to produce the dollar receipts they were promised and some were still struggling to entice people to join the scheme.
Some of the questions people are now asking are:
1) Is pyramid selling legal in Sierra Leone?
2) Is there legislation in place to cover this type of financial activity?
3) Are there sufficient safeguards in place to ensure that the promises made by Qnet are valid and legal?
4) Which body has oversight of these types of companies?
5) Are these companies’ accounts open to public scrutiny?
6) Are these companies required by law to provide a prospectus which outlines the objectives of the company?
7) If the subscribers are unable to recruit more members what happens to their membership fees?
8) Is there a cooling-off period? Normally when people are invited to buy a financial product there is usually a 14-day cooling-off period, within which they are entitled to change their mind.
9) Are these types of organisations governed by a code of conduct; be it mandatory or voluntary?
10) Is there an investment Protection Scheme?
11) Is this type of activity covered by any Consumer Protection Scheme?
It was again learnt that another company called Rolling Point Network Limited with similar profile is already operating in Sierra Leone. This time the membership fee is slightly lower around Le1, 000,000 promising massive profits that would be returned to the subscribers. The product in this case is BITCOIN which is claimed to be highly sought and very profitable.
People are getting into debt to fund their membership, while others are selling valuable assets like land, prized possessions, family heirlooms, whilst others exhaust their life savings for this get-rich quick scheme.
Qnet operations are littered with controversy.
As stated in Wikipedia, in Kazakhstan cheating by Qnet has been exposed where people are told about building the network by finding two people. To earn a stable profit, the pyramid up to 7 levels consisting of 64 people need to be reached. It has been calculated mathematically that 87.5 percent do not make a profit.
Qnet is also banned in 8 countries including the US.
The Fatwa council at Dar al-Ifta al-Misriyyah declared that the binary form of transaction adopted by Qnet is prohibited under Sharia law.
Many have expressed the hope that those who are in the corridors of power should take swift and robust action as a matter of priority as the consequences of failure are too profound to contemplate.
QNet, the main subsidiary of the QI Group of Companies, was founded by Vijay Eswaran and Joseph Bismark in Hong Kong in 1998. The company, first known as GoldQuest and QuestNet, made custom-commissioned commemorative coins and later began selling jewellery and watches. In 2000, QNet was the official distributor of the Sydney Olympic Games commemorative coins and was also a distributor.
In a related development on the 10th April 2019 the Bank of Sierra Leone revealed that it has not given license or permitted any business (es) or financial institution (s) to make deposit for the purpose of investing or trading in crypto assets (for example bitcoin) in Sierra Leone.

The Banking Act, 2011 and the Other Financial Services Act, 2001 provide that no person shall engage in banking business, take deposits or issue financial products to the general public unless that person holds a valid licence issued by the Bank of Sierra Leone.

It was reiterated that any person(s) who contravenes the provisions of the said Acts, commits an offence and is liable, upon conviction, to a fine and/or imprisonment.

It further stated that the following businesses that are taking deposits for the purpose of investing in crypto assets are not licensed by the Bank of Sierra Leone:
1.Rolling Point Network Limited at 3b Lamina Sankoh Street.
2. Wealth Gate Solution Company at 18 ECOWAS Street.