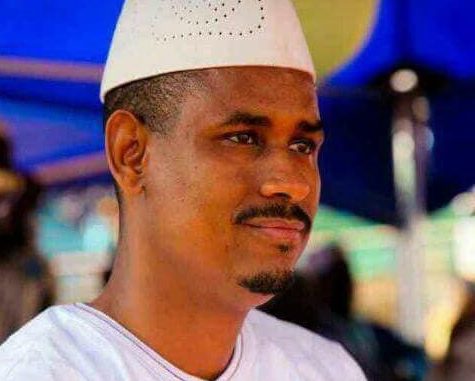 In the spirit of inclusive governance, where the opposition not only criticizes Government’s policies and actions, but can also raise concerns and solutions to problems and challenges facing the nation. The APC leader in Parliament, Hon. Chernor Maju Bah aka Chericoco has raised concern over the widespread unchecked deforestation by unscrupulous self-seeking persons going on unchecked by the relevant State authorities along the Western Area Peninsula.

He further maintained that the Forest Rangers that were employed quite recently to protect the forests are part of the deforestation conspiracy by either being directly involved in it or actively aiding and abetting its commission. He therefore called for the Forest Rangers to be investigated and brought to book.

It is known that deforestation and land degradation caused by human activities not only contribute to the loss of the country’s vital forest cover necessary for controlling adverse climate change.

Deforestation also causes the pollution and degrading of the quality of soils and land utility which negatively affects food production, livelihoods, and the production and provision of other ecosystem goods and services.

Thus, it is alarming that according to research done by environmentalist that nearly 38% of Sierra Leone’s remaining land covered by forest is decreasing, principally as a result of anthropogenic activities which can all be attributed to poverty as the underlying cause of much of the forest degradation and deforestation.

The main drivers of deforestation in the Western Area Peninsula are: urbanization, mining and quarrying, agriculture slash and burn farming, fire wood and charcoal production and timber production.

Another concern in relation to deforestation in the western area is that over the past 50 years, Freetown’s population has increased nearly 10-fold and natural forest cover on the Western Area Peninsula has declined by about 70%.5.

By 2028, the city’s population is expected to increase by over 500, 000, while the forested ecosystem that already struggles to supply Freetown with water may lose some 1,400 hectares (more than 8%) of its remaining trees.

The Peninsula’s forests also mitigate landslides by stabilizing soil and provide flood control services by absorbing and holding vast amounts of water from major rain events, such as those increasingly seen with climate change.

According to experts, between 2000 to 2015, 10,587 hectares of the WAPNP’s forest experienced some thinning or loss of canopy cover, and by 2050, a third of the Park’s remaining forest may be lost if nothing is done.

Without these forests, Freetown and the rest of the Peninsula will experience dire water insecurity and more landslides.