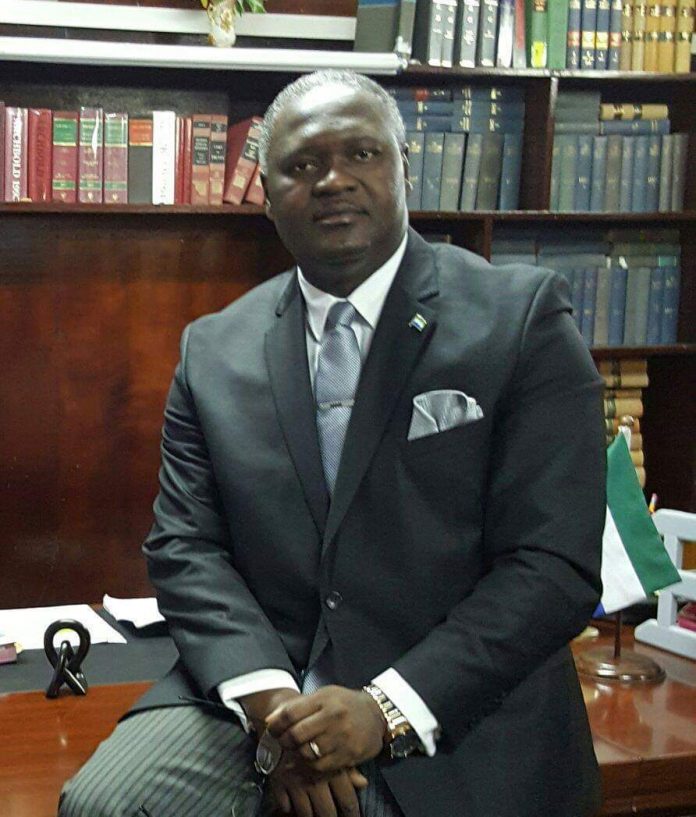 The Declaration of a State of Emergency by H.E. Rtd. Brig. Julius Maada Bio in an attempt to seemingly address the increasing spate of the incidence of rape has raised worrying eyebrows to many persons and organizations, including the Bar Association and civil society groups.

The Premise underlying emergency powers is simple: The government’s ordinary powers might be insufficient in a crisis, and amending the law to provide greater ones might be too slow and cumbersome. Emergency powers are meant to give the government a temporary boost until the emergency passes or there is time to change the law through normal legislative processes.

It is no gainsay, that most of the citizenry support an aggressive pursuit in the fight against gender violence and other related offences that have besmeared the good image of our country and engender our women to serious physical and emotional injury. Yet, concerns have been raised on the extent of powers been sought and the applicability of such powers to meet the challenge being fought.

It is important to note, that this article by no means lessen, nor belittle the desire to seriously address the issue of rape and sexual violence, but rather query the wide ranging powers to be conferred on the President, that may have no bearing in that quest and could salivate the appetite of quashing dissent.

The moment a president declares a “Public Emergency”—a decision that is entirely within his discretion—he is able to set aside many of the legal limits on his authority. While many of these powers tee up reasonable responses to genuine emergencies, some appear dangerously suited to a leader who may be bent on amassing, or retaining power and crushing opposition elements. For instance, the president can, with the flick of his pen, activate laws allowing him for the detention of persons; restriction of movement of persons; authorise the entering and search of any premises; taking of possession or control on behalf of the Government of any property or undertaking, or freeze; provide for the apprehension, trial and punishment of persons; or freeze bank accounts, to name but a few of the wide powers to be exercised by the President once the Proclamation is approved by Parliament.

The Constitution confers on the President sole, unquestionable and unchallengeable power to determine the existence of a situation deserving of a Declaration by Proclamation of the existence of a State of Public Emergency. “The enjoyment of, or right to the enjoyment of, such rights and freedoms as guaranteed under the Constitution is neither absolute nor unlimited in scope, but relative and restrictive in all its aspects in the interest of an orderly society under the sovereignty of the law” expounded by the immortalized words of Kutubu, C.J. (then of the Supreme Court of Sierra Leone) in the case of the State v Adel Ousman and Others (1988) LRC.

Furthermore, the same Court held, that an Emergency situation inevitably connote the curtailment of the rights and freedoms of the individual, and Emergency Regulations are laws to which the fundamental rights constitutionally have to give way.

This edifice of extraordinary powers has historically rested on the assumption that the president will act in the country’s best interest when using them. With a handful of noteworthy exceptions, this assumption has not held up in the case of Sierra Leone. But what if a president, backed into a corner and facing increasing public resentment or paranoiac apprehension of fear of being removed, were to declare an emergency for the sake of intimidating or harass the opposition with a view to cling on to power? In that scenario, our laws and institutions might not save us from a presidential power grab or longevity as the case may be. They might be what takes us down as a Nation!

Worthy of note however, is that other powers are available within our legal framework, even without a Declaration of Public Emergency, including laws that allow the president to seek, through Parliament, to amend and strengthen the Sexual Offences Act, 2012 (as amended); and the Offences against the Persons Act 1861, and to even to punish sexual penetration with life imprisonment. So, what begs the question is, why declare State of Emergency? Many other laws permit the executive branch to take extraordinary action under specified conditions, such as war and domestic upheaval, regardless of whether a national emergency has been declared or not.

In the case of R v Millberry, [2002] EWCA Crim 2891, [2003] Crim LR 207, the Court of Appeal held that “there are, broadly, three dimensions to consider in assessing the gravity of an individual offence of rape. The first is the degree of harm to the victim; the second is the level of culpability of the offender; and the third is the level of risk posed by the offender to society.” Subsequently, the court held in Attorney General’s Reference (Nos. 91, 119, 120 of 2002) that these three dimensions can be applied to sentencing for other categories of sexual offences. In applying the three different tests enunciated above, none, demand the kind of powers requested for under the emergency power.

Interestingly, it appears to me to be a “copy and paste” of the Donald Trump declaration of ‘National Emergency’ over the building of a wall separating Mexico from the United States of America. This has been challenged by Congress, several States of the Union; and Civil Rights Organizations.
In retrospect, key points in American history, presidents have cited inherent constitutional powers when taking drastic actions that were not authorized or, in some cases, were explicitly prohibited by Congress.

Notorious examples include Franklin D. Roosevelt’s internment of U.S. citizens and residents of Japanese descent during World War II and George W. Bush’s programs of warrantless wiretapping and torture after the 9/11 terrorist attacks. Abraham Lincoln conceded that his unilateral suspension of habeas corpus during the Civil War was constitutionally questionable, but defended it as necessary to preserve the Union.
Aiming to rein in this proliferation, Congress passed the National Emergencies Act in 1976. Under this law, the president still has complete discretion to issue an emergency declaration, but he must specify in the declaration which powers he intends to use, issue public updates if he decides to invoke additional powers, and report to Congress on the government’s emergency-related expenditures every six months.

By any objective measure, the law before Parliament, attempting to invoke the colossal powers of State of Emergency in Sierra Leone, is singing the same ode as Donald Trump, on extraordinary powers of the executive. The threat of abuse far outweigh the anxiety it seeks to address.

In any event, it is now for Parliament to formulate or amend the necessary legislation to give effect to strengthening the fight against rape and sexual violence. Concomitantly, the Judiciary must exercise its power to deliver timely and competent judgments, and the Law Office must endeavour to prosecute qualitatively, leading to successful convictions. The Declaration of State of Emergency is advisedly to be rejected by our Parliamentarians, but the “ayes” have it, according to the Speaker of Parliament. So mote it be. God save us all!