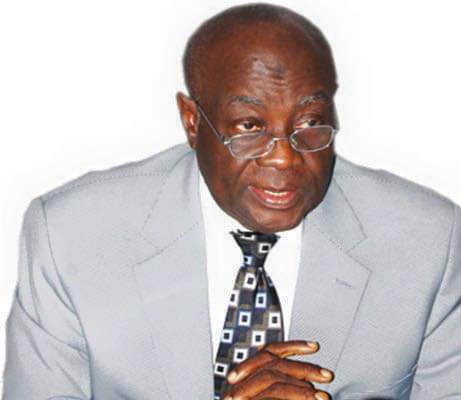 The main opposition All People’s Congress (APC) party has stood its ground against the Presidential Proclamation against rape and sexual violence on the basis that it will give the SLPP led Government under the leadership of President Julius Maada Bio wide political powers to ‘unconstitutionally’ take certain decisions or actions according to their whims and caprices.
This Presidential Proclamation came in the wake of soaring incidences of rape and sexual violation cases with shocking revelations.
However, on the 22nd February 2019 majority of Parliamentarians voted in favour of the coming into being a State of Emergency and on the 25th February 2019 the Leader of Government Business in the House of Parliament, Honourable Sidi Mohamed Tunis presented to His Excellency President Julius Maada Bio the Certificate of Approval on the Proclamation of a State of Emergency regarding Rape and Sexual Violence during a brief ceremony held at State House.

Here is the APC bone of contention encapsulated in a Press Release issued out on the 25th February 2019:

Parliamentary sitting was abruptly adjourned to Tuesday 26th February 2019 without votes being taken as prescribed by the Constitution and the Standing Orders.

While we applaud President Julius Maada Bio in his determination to combat sexual crimes, it is in the legislative competence of Parliament to make laws for good governance. In this respect, our Constitution emphatically states in Section 105:

“Subject to the provisions of this Constitution, Parliament shall be the supreme legislative authority for Sierra Leone.”

Accordingly, we the APC Members of Parliament made our position abundantly clear in the Well of Parliament that we support the fight against rape and all forms of sexual violence against women and girls and that more punitive measures ought to be adopted to control same.

In addition, we the APC Members of Parliament hold the view that such measures are not beyond the reach of the President, as such can be adequately achieved by strengthening the Sexual Offences Laws and their enforcement followed by stronger regulations.

If President Bio wishes to have Parliament amend the Sexual Offences Laws and enact stricter laws and regulations, he should commence the initiative rather than pre-empt Parliament by proclaiming a State of Public Emergency.

We refer our objections to the International Community, Civil Society Organizations, the Media and all men and women of goodwill, that we share President Julius Maada Bio’s quest to fight sexual offences but we do not share his Proclamation of a State of Public Emergency and we frown on the heavy-handedness of the Speaker in attempting to carry the Motion for the approval of the State of Public Emergency by a mere ‘collection of voices’ contrary to the mandatory Provision of Section 29(3) of the 1991 Constitution and Standing Order 44(4) – for a two- thirds vote for its approval.
We therefore wish to reiterate that the Debate for the approval of the said Proclamation was inconclusive; hence a Public State of Emergency does not exist. The Debate on the Proclamation is to continue on the next sitting of Parliament.