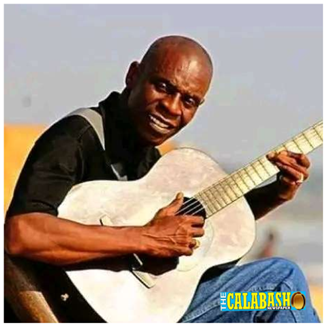 By Patrick A. Kai

A Liberian owned nonprofit organization founded in 2008 and incorporated in 2012, the Harmonizers Entertainment Group, has embarked on a five-day musical expedition to Sierra Leone under the leadership of Liberia award winning musician, James Coco Chea.

In an interview with this journalist, James, who is also one of the co-founders, informed that the aim of the entertainment industry is to promote peace, security, development, gender equality, respect, healthy living and respect for nature through outreach activities using music as tool to create awareness, sensitize and encourage community partnership.

James elaborated that the band, which arrived on Friday, 5 August 2022 under the theme, “Uniting People through Music in the Mano River Union Basin” is aimed at giving an insight into the originality of their musical tracks and portraying the rich culture of Liberia.

The award winning musician said, they have produced several hit songs like, “Even Wars Have Limits”, “Master Plan”, “Show Some Love”, “You Know Today” among other songs that contributed to the peace process in Liberia through its partnership with the United Nations Public Information Office (PIO) of the United Nations Mission In Liberia (UNMIL).

He furthered how the song, ‘Even Wars Have Limits’ was similarly used in Sierra Leone by the Talking Drum Studio to promote peace in the country and that it has been used by the ECOWAS Radio, since 2003, as a tool for peace and reconciliation in Liberia.

He maintained that the trip will also create new avenues for partnership with other counterparts in Sierra Leone to enhance cultural ties between the two countries.

While in Sierra Leone, the Harmonizers Entertainment Group will do some video documentaries in other towns and districts like Tienne, Solima, Bo and Kenema respectively. He underpinned the importance of the trip especially when elections are around the corner in the two countries.

The 22-man musical team is made up of instrumentalists, dancers, singers, coordinator,s and videographers.

He expressed gratitude for the warm reception their Sierra Leonean counterparts gave them and further promised to come back in the near future.

He concluded by appealing to Sierra Leoneans to remain peaceful and use other methods for expressing their grievances instead of taking to demonstrations as an aftermath of hardship in the country and underscored that things are really difficult nowadays in all of the countries in the Mano River Basin and the whole wide world. 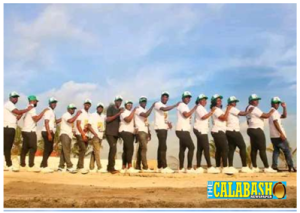