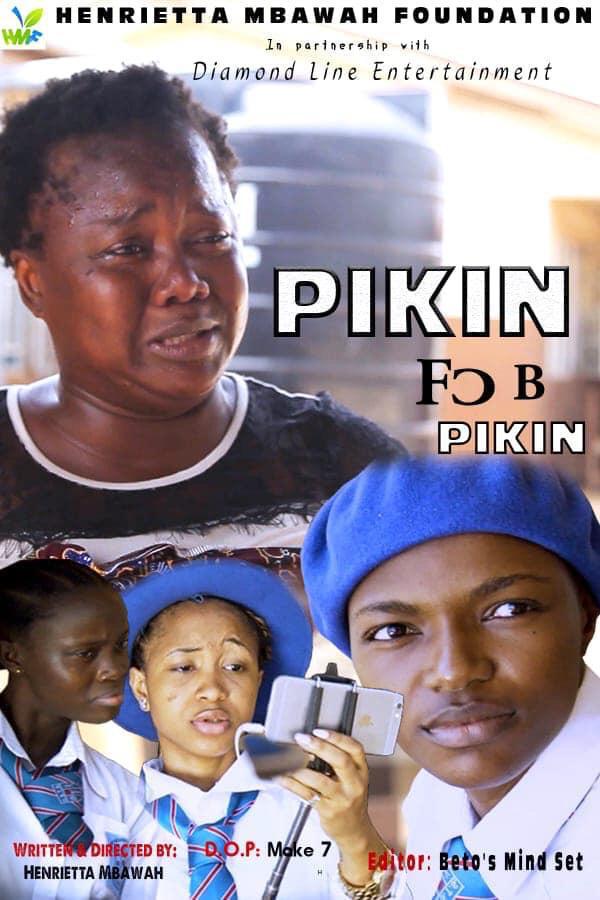 Henrietta Mbawah Foundation, a non-governmental organization that advocates for women and girls empowerment, in partnership with Diamond Line Entertainment, will be releasing a new movie titled: “PIKIN FO B PIKIN” which will be all over the country this October, 2019 to commemorate the International Day of the Girl Child.

Speaking to this medium in an exclusive interview Sierra Leone’s award winning actress, screenwriter, Chief Executive Officer ‘Salone Lives Matter’ and Founder/Executive Director of the Henrietta Mbawah Foundation, the result-oriented Henrietta Mbawah disclosed that “PIKIN FO B PIKIN” is a movie that addresses the serious challenges faced by girls across the country as well as the expected roles and responsibilities of parents, communities, teachers, Government and the children themselves to ensure that these challenges are addressed.

She said that the movie will be premiered and distributed freely in all the district headquarter towns in the country which will enable many children to gain access to it.

“Our customs and traditions have subjected women and girls to inferior positions in this country. We have started the fight towards mitigating the plights of women in our society. Let’s continue our own united efforts to end it. Unless we unite as a nation under one purpose to do everything in our power to end violence against women and girls we will fail again and again,” she expressed pessimism.

She called on humanitarian organizations, individuals to support the Foundation in order for them to reach out to the 16 districts in the country with the premier and the free distribution of the movie to women and girls across the country hoping that such will equip them in handling the challenges they face.

“A nation where women and girls are marginalized can never achieve its true potentials,” she concluded.