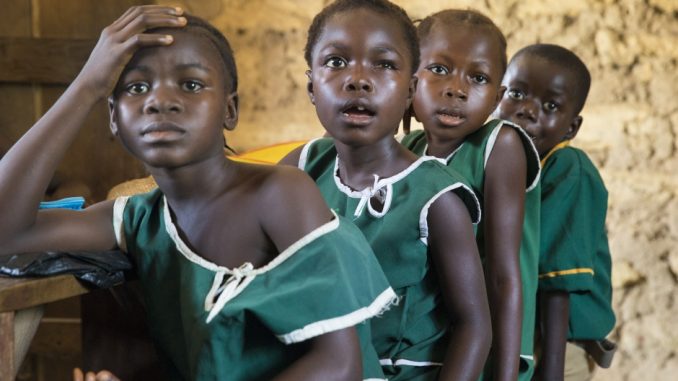 That Africa generally has been under the unbearable weight of a debt crisis is not disputed. Over the years, most African countries have had debt sustainability problems. This explains why they have not been able to exit from the debt trap, necessitating the resort to debt rescheduling and relief measures.

By debt crisis, we mean a condition whereby a country has accumulated so much debt that it can no longer sustain the management of the debt, resulting in severe distortions and contra-dictions in the domestic  political  economy.

This has been the reality for Sierra Leone in particular since the late 1970s when the government t turned to the IMF for budgetary support that gain with Structural Adjustment Program conditions that included devaluation of the Leone, reduced public sector spending and laying off of redundant workers in the public service.

The origin of Africa’s debt crisis can be traced to the colonial period where the foundations of the crisis were laid based on the condition of African foreign trade which exhibits five major defects, which were largely responsible for its debt crisis.

These defects, a result of ‘the extreme disarticulation and distortions of Africa’s colonial economy and the late decolonization of the region’, are:

High concentration on a few commodities;

High instability of exports earning due to these factors; and.

It  was  upon  this  weak  economic  base  that  most  African  countries  attained  political independence, mostly in the 1960s.

The implication of this bad financial start was the inability of many new African economies to withstand the post-colonial shocks that were to come, including internal pressures for improved living conditions in Africa as promised under the anti-colonial ideologies of legitimization.

As  the pressure heightened, several African countries were compelled by domestic politics to jump-start development programs, relying largely on external funding for implementation.

At the same time, to encourage economic growth, there had to be some significant level of investment in the economy which can only be achieved when there is an adequate investible surplus.

In the absence of this surplus, alternative means of generating funds must be devised, most often through borrowing.

For these and related reasons, African countries began to seek and receive external funds to fill their savings and investments gaps.

Borrowing may not necessarily be bad for an economy. In fact, it is even considered  as  one  of  the  best  alternatives  to  the  creation  of  money  during  periods  of recession.

What is negative about borrowing generally relates to the conditions attached to debt, and the cost of management of that debt.

In the African experience, the burden of conditions and the cost of servicing extensive borrowing remain at the heart of the continent’s debt crisis.

Africa’s external creditors have  insisted  on  deregulation  of  the  economy, devaluation of the local currency, and recently, political  liberalization, which, as has been demonstrated, actually undermined African economies.

To make matters worse, poor economic management at the domestic front in the form of wasteful and unproductive expenditures, in addition to the mismanagement of the borrowed funds by inefficient public enterprises, were a major feature in Africa.

These forces have combined disastrously to lead Africa into a severe debt burden.

The overarching implication is an unacceptable level of poverty and  inequality, both of which symbolize the marginalization of Africa in the international economic system.

A number of initiatives have been taken, especially by the creditor nations and agencies in response to Africa’s debt crisis. At the initial stage, they resorted to an adjustment mechanism as typified by the austerity measures and SAPs.

The basic features of the SAP regime include ‘import and exchange liberalization;  getting prices right; privatization and reduction of labor’s share in national economy’.

Sierra Leone Will Remain to Be a Religious Tolerant Country