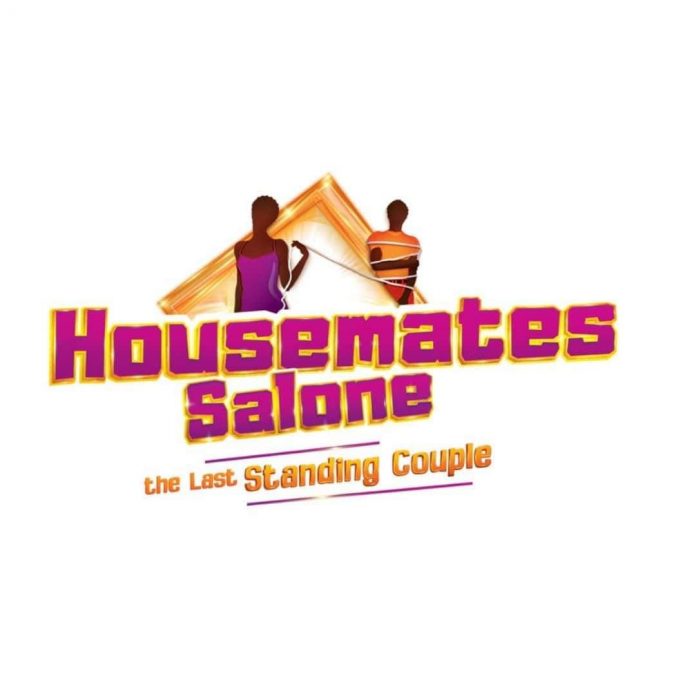 Many viewers watching the Housemate Salone 2019 Reality TV show both at home and abroad are identifying with the typical Sierra Leonean home setting regardless of its pomp and comfort. What the organisers of this show, the giant of Communication, African Young Voices (AYV) and the giant of Telecommunication, Africell, are seeking to bring to the fore is that regardless of status, the typical home setting is virtually the same, enforcing the view that there is unity in diversity. The show is now the talk of the town.

As the scenes reveal tensions brewing between housemates and the freedom of expression, a characteristic of our society and how these apparent disagreements are resolved, shows the uniqueness of the Sierra Leonean society. It is a natural fact that keeping a group of people in an isolated place with no means of communication to the outside world, will bring out the best and the worst of them. Mindful of these factors, the mystery voice engages the housemates individually on their challenges. Like the father of a family, the mystery voice gives various tasks to the housemates to perform, some, filled with fun and others bordering on domestic chores. These intermittent interventions provide the participants with some respite and often serve to cool down tension, as is typical in any of our home setting.

It is should be noted that the housemates are undoubtedly talented as they could be seen mimicking people to near perfection. The show further seeks to expose these hidden talents and encourage the housemates to grapple with their mistakes and develop their strengths. By so doing, 2019 Housemates Salone Reality TV Show is empowering them and moulding their talents for further use in society and the world at large. Whilst there are scenes of heated arguments and exchange of harsh words, this is not unique to any home setting. They always happen. This is the essence of the Reality TV Show. It is a testimony that nothing is stage managed; everything is as real as it could be in such settings.

To get maximum participation and transparency, members of the public are offered the opportunity to vote to keep their favourite housemate in the house; hence the various contestants are given opportunities to appeal to their fans and the viewing public to vote in their favour via Africell No: 5500.

Housemates Salone further provide the participants with the opportunity to learn more games, effectively equipping them with alternate past-time to other vices. This message is being passed on in practical terms to the viewing public that alternate past-times are available for recreational purposes, especially for young viewers. The fun exhibited in the show keeps the public glued to their TV sets for as long as they can. Desirous of empowering the youths, Africa Young Voices (AYV) and Africell, are implementing interesting programs that will captivate the minds of young viewers and re-orientate their minds to engage in fruitful endeavours that will benefit them and the nation. As the saying goes, ‘the youths are the future leaders’, but nurturing an efficient and effective youth force could be a sine quo non to a brighter future.

As every weekend evictions of Housemates take place and today being the 18th of March 2019 (few more weeks to Mid-April), the light at the end of the tunnel is getting nearer and the race tenser. Housemates are not oblivious of this fact and will be putting their best to ensure they bag the ultimate prize of Le100 million. As consolation, every house mate, with exception of the winner, will earn Le100,000 for every day they spend in the house. This generosity of the organisers is an indication that the performances of the housemates are commendable and if they drop out of the race, it is only because they fail to get the maximum vote of the others who remain in the house.

Meanwhile off the setting of the house, the show has generated discussions in different quarters, not particularly about how it was organised or is being rolled out, but rather bordering on the performances and characters of the various Housemates presently in the House. Most often, the discussion get heated as fans of the various housemates sought to convince their peers to vote for their choice contestant. This healthy debate and discussions is even seen on the social media, an indication of the popularity that the show has raised among Sierra Leoneans. Some observers say that the show has taken over discussions which were formerly dominated by football premier league. All shades of opinions are expressed in an atmosphere of peace.

It should not surprise viewers if some of the housemates appear sexy by the kind of dresses they wear; after all, the show is about housemates in a house. One should not expect them to be fully dressed in readiness for a party, but rather be in their normal home attire performing various chores. This makes the scenes exiting, interesting, natural, real and inviting, culminating in healthy arguments between husband and wife brothers and sisters in almost every home, as they each watch the performance of their favourite housemate and attempt to woo the other to support their choice. Interestingly market women could be seen debating about the show and often times these discussion draws the customers in as they too lend their own voices to the debate.

AYV Television Channel 34, has become the country’s hottest TV channel and praises are being heaped on both the AYV and Africell for airing the Reality Tv show on a 24 hour basis. Some bankers, business people and other members of the public say that the Reality TV show provides some form of relief from the stress of work and the hustle and bustle of life, a kind of therapy. On the other hand what is there for the participants? The Housemates Salone 2019 was created by Africa Young Voices (AYV) and Africell to provide a platform the young competitors to benefit from motivational lectures and increase their knowledge on various issues and help in shaping their characters and fluency of speech. It further enhances their ability to become public speakers.

Both African Young Voices (AYV) and Africell are renowned for promoting young talents. AYV has provided opportunities for young people to have their voices heard, to learn new skills and meaningfully contribute to overall national development (Youth Empowerment).
Africell, in like manner has been supporting various entertainment activities and even young artists in the country with the avowed aim of catching them young and enabling young people to realise their potentials and bring them out.

Whilst not only providing entertainment to viewers, the widely watched Reality TV Show on AYV TV Channel 34, Housemates Salone has also provided a marketing platform for many corporate and business institutions such as Banks, business houses, entertainment entities etc, who are effectively making use of the channel to advertise their products and services. Products like the Brewery’s Star and other products are being consumed in the house; posters of other business entities are posted on various strategic positions in the house, thereby effectively marketing these business entities to the wider public. Thus the Reality TV show is contributing towards the growth of businesses and empowering youths, whilst entertaining and reducing stress of the public. No wonder it is the widely watch TV show across the country.