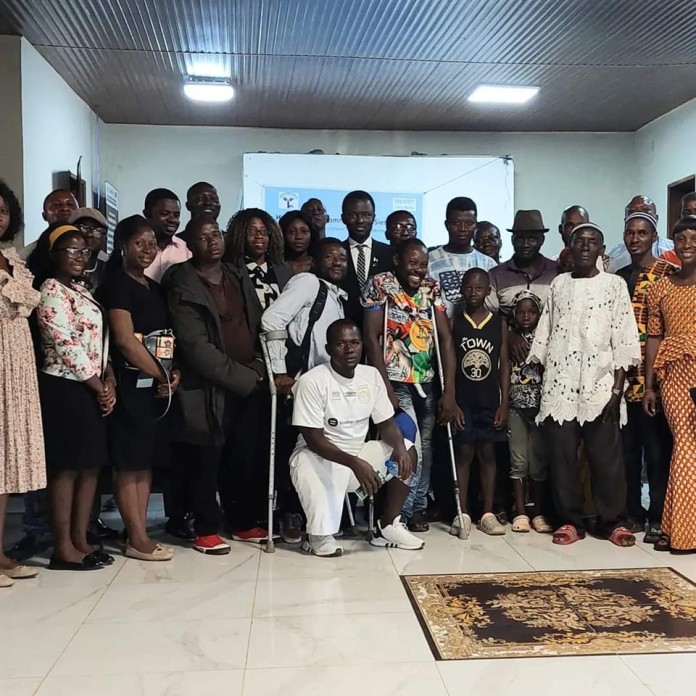 The Commission in January 2022 launched the Public Inquiry into the Conduct of Law Enforcement Officials in Sierra Leone with the aim to establish the fact and find out what happened in relation to allegations of human rights violations by LEOs, especially in the maintenance of public order in a bid to proffer strong recommendations and prevent a recurrence of such in society.

As its Complaint’s Rule states, HRCSL has the mandate to conduct a public inquiry into allegations of systemic human rights violations pursuant to Section 7 (2)(a) of the HRCSL Act (No. 9) of 2004 and Rule 42 of the HRCSL (Complaints, Investigations, and Inquiries) Rules of 2008.

Three circuit sittings were held (North & North-West, South & East, and Western Area) to hear complaints from the public against the listed law enforcement officials as well as from law enforcement officials against members of the public. 22 cases of events were brought before the Commission ranging from the hard-handedness of LEOs on citizens causing loss of life, property, and terminal diseases, to citizens’ attacks on LEOs during the performance of their duty.

The panels consisting of Commissioners of HRCSL and Contracted Lawyers across the various sittings cross-examined the complainants, witnesses, respondents, and interested parties (including lawyer respondents for some of the institutions) in the cases to ascertain facts to help the Commission come out with credible findings and recommendations.

The public inquiry focused on nine (9) key issues, which were determined by the Inquiry Panels. Whether LEOs used disproportionate force in the execution of their duties contrary to the UN Guiding Principles on the use of Force and Fire Arms; Ø

Whether there were loss of lives and grievous bodily harm resulting from excessive use of force by LEOs contrary to Section 16 of the Constitution of Sierra Leone, 1991, and Article 4 of the African Charter on Human and Peoples Rights (ACHPR) as well as Article 6 of the International Covenant on Civil and Political Rights (ICCPR); Ø

Whether the right to property was violated by LEOs in executing their mandate contrary to Section 21 of the Constitution of Sierra Leone, 1991, and Article 14 of the ACHPR; Ø

Whether LEOs lost their lives or sustained grievous bodily harm in the hands of members of the public or individuals while carrying out their lawful duties contrary to Sections 16 and 13(j) of the Constitution of Sierra Leone, 1991; Ø

Whether appropriate actions were taken against individuals for abuses against LEOs; Ø

Whether LEOs needed further and requisite training in enforcing the law; Ø

Whether LEOs were provided with requisite logistical and operational resources; Ø

Whether citizens were adequately aware of their rights and responsibilities, especially the duty to respect and cooperate with LEOs in the execution of their lawful mandate.

Of the 22 complaints before the Commission, one in Western Area Rural was from a Metropolitan Police against a certain market woman who splashed palm oil and ‘garri’ on his face leading to partial blindness during a brawl to collect market dues. After cross-examining the complainant and from statements from other Metropolitan Police officers who witnessed the hearing, the Chairman of the Panel who is also the Vice-Chairman of the Human Rights Commission said the situation has exposed work hazards which the Commission would further engage the Council on.

He also noted that there is not a clear provision in the Local Government Act of 2004 that permits revenue officers to seize the property of business people when they refuse to pay their market dues. On this matter, the Panel immediately ordered the arrest of the market woman in question while it subpoena the Chief Administrator (CA) and Deputy of the Western Area Rural District Council to appear before the panel for clarification. The Deputy CA, Alhassan Yillah later appeared before the panel and said the Council was aware of the incident and they have been providing some assistance to the Metropolitan Police Officer in question.

In a matter involving a young lady and the Sierra Leone Police (SLP) in Bo, Southern Sierra Leone which led to eye complications and her dropping out of school, HRCSL immediately ordered that the young lady returns back to school in which case the Commission will foot her start-up needs as an immediate remedial action.

In Waterloo, a matter involving an ex-service police officer and the SLP led to the complainant removing his children from school because his sources of livelihood were affected by the action of the SLP.  HRCSL offered to provide school learning materials and start-up support so that the children could return back to school.

According to the Project Lead of the Public Inquiry who is also the Vice-Chairman of the Commission, Victor I. Lansana Esq., the Commission had a successful hearing across the country with the full cooperation of complainants, witnesses, and the Military whose legal team represented their institution in all settings requiring their presence, a real manifestation of professionalism and respect for the statutory institution.  He said the exercise was meant to provide recommendations to the institutions involved and to improve the human rights record in the country as law enforcement officials have always clashed with civilians causing serious threats to the enjoyment of human rights. The findings, recommendations, and directives of this exercise, he said, would not only be compiled into a report and submitted to H.E. the President and Parliament but would also be officially launched and disseminated for public consumption.

Human Trafficking As an “Emerging” Issue In Sierra Leone