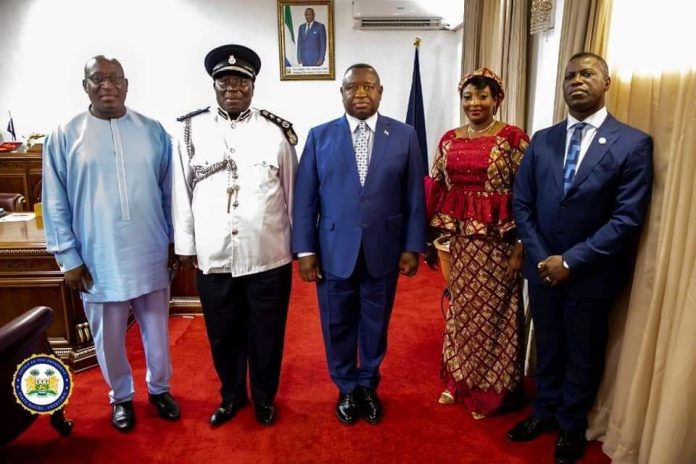 Shortly after his swearing-in, the new Police boss thanked the President for bestowing the responsibility on him to serve, saying that with the cooperation of his colleagues they would give their best to the country and change the narrative of the Sierra Leone Police.

He encouraged his colleagues to cooperate with him to deliver service to the admiration of the citizenry and also assured of their commitment and loyalty to the Government and People of Sierra Leone.

In his response, President Bio said that the Police had always played an important role in the governance of any State further noting that the nation depends on them to govern, deliver development and create an ecosystem that is conducive for doing business.

He said that the nation is looking up to him to work with his colleagues to bring discipline and cohesiveness to the Police and encouraged them to perform their statutory mandate, be fair and friendly and remain a “Force for Good”. He also assured of his fullest support to the Police in bringing discipline to the country.