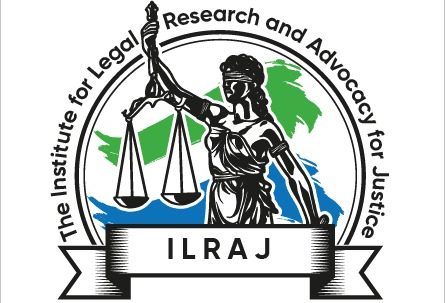 In a Press Statement issued by the Institute for Legal Research and Advocacy for Justice (ILRAJ)  on arbitrary arrest by the Sierra Leone Police dated April 30, 2022, the rights based advocacy group stated that on the 26th April, 2022, the Institute learnt about the arrest of Mohamed Khan, Interim Chair of Teachers Solidarity Movement, by the Sierra Leone Police when he was arrested just after being interviewed on AYV’s “Wake Up Sierra Leone” program outside the AYV premises.

The ILRAJ went further to state that the AYV Media issued a statement asking the security forces not to make its premise a target for arbitrary arrest that will hinder their operations and infringe on the right to free speech.

Also stated by the Institute is that the Sierra Leone Bar Association (SLBA) noted ‘with serious concern the arrest of some Teachers by the Sierra Leone Police to wit: Mr. Mohamed Khan, Lahai Jah and Joseph C. Kailie.

It continued how Mohamed Khan aforesaid was arrested after serving as a guest of the AYV Television program- “Wake up Sierra Leone,” whilst the other two were arrested and detained at the Bo West Police Station after allegedly requesting a clearance to convey a meeting of “The Teachers Solidarity Movement.”

It further noted that it ‘believes the above actions of the Sierra Leone Police are high-handed, unwarranted and at stark variance with section 17 (1) of the Constitution of Sierra Leone Act, No.6 of 1991 also maintaining that the Sierra Leone Association of Journalists (SLAJ) also condemned the arrest.

According to the Institute for Legal Research and Advocacy for Justice those arrests were not isolated as they are part of a pattern of arbitrary arrest and detention perpetrated by the Sierra Leone Police in recent times.

The Institute said amongst those arrested were Dr. Dennis Bright, Chair and Leader of the Opposition National Grand Coalition party, Osman Foday Yansaneh, the then Secretary-General of the All People’s Congress (APC), Diana Konomanyi of the APC, and Dr. Femi Claudius-Cole, an opposition leader for Unity Party.

It continued that Civil Society activist, Thomas Moore Conteh, Executive Director of Citizens Advocacy Network (CAN), a civil society organization, was arrested and detained on March 5, 2020, during a peaceful protest by some Limkokwing students. Mohamed Mansaray, aka “Blacker,” and a businesswoman, Kadiatu Yankaday, were arrested and charged with allegations of insulting the President underscoring how it is a well-known fact that ‘Blacker’ suffers from mental challenges, but said that did not deter the Police from arresting and charging him.

ILRAJ says it is urging the Police to desist from arbitrarily arresting and detaining people because of critical statements against the Government maintaining that it is the function of the stakeholders in the country’s democratic process to be critical further stating how in a democracy, individuals should be allowed to exercise their right to free expression in breach of section 25 of the Constitution of Sierra Leone, Act No.6 of 1991.

The ILRAJ argues that the Truth and Reconciliation Commission ‘found that a factor that contributed to causing the conflict was the suppression of political expression and dissent. It continued that the Commission, in its recommendations, emphasized that freedom of expression is the lifeblood of a democracy maintaining that a culture of public debate and tolerance of dissenting ideas is the sign of a vibrant and healthy democracy.

According to the rights based organization, the Police does not have absolute powers saying that was made clear in the recent Supreme Court decision of Augustine Marrah vs. The Inspector General of Police.

The rights-based organization argues that the Police must act in accordance with the Constitution and the laws of Sierra Leone adding how the acts of arbitrary arrests violate the fundamental human rights enshrined in section 17(1) of the 1991 Constitution of Sierra Leone, which states that “no person shall be deprived of his personal liberty except as may be authorized by law…”

It asserted that the same right is also protected under Article 9 of the Universal Declaration of Human Rights and reaffirmed in Article 9 of the International Covenant on Civil and Political Rights (ICCPR), which states thus “everyone has the right to liberty and security of person. No one shall be subject to arbitrary arrest detention. No one shall be deprived of his liberty except on such grounds and in accordance with such procedure as are established by law.”

The ILRAJ maintains that the recent State Department report states that ‘Impunity remained a significant problem in the security forces, notably in the SLP noting that there are reports of individuals held for questioning without being promptly informed of the reason for the arrest and that the SLP held suspects in detention cells without explanation for up to three days for suspected misdemeanors and up to 10 days for suspected felonies.

Concluding the ILRAJ recommends that the Government of Sierra Leone, of which the Sierra Leone Police is an integral part, must take urgent steps to address the problem and ensure that the rights of individuals guaranteed by the Constitution and international obligations signed up to are fully respected.