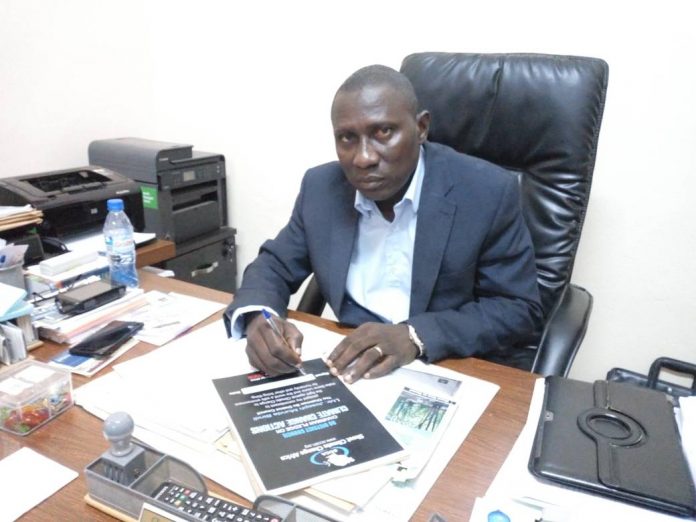 Chairman, Bo District Council, Joseph Munda Bindi has in a recently held press conference on EU grants and own source revenues generated by his Council in 2018 granted a week long open amnesty to tax defaulters in all 16 Chiefdoms in Bo District.
While also commending the present Government for the disbursement of last quarterly transfers amid delayed controversies, he said, furthering how as a Council, they were able to generate revenue streamlines from taxes and royalties to the tune of Le: 727,499,000( Seven Hundred and Twenty Seven Million, Four Hundred and Ninety Nine Leones) which he rebuffed as small.
Chairman Joseph Munda Bindi noted with dismay the attitude of some tax payers whom he said refused to honour the payment of their local taxes in 2018.
Going forward, he went on, they will press legal charges on all defaulters pending expiration of the week long amnesty period and therefore urged legible taxpayers to honour their fiduciary commitments to his Council for the growth of Bo District.
“Developments cannot happen overnight if people refuse to pay their taxes”, he opined.
He lauded the strides made by the European Union to the Bo District Council for the additional grants leveraging the Free Quality Education by His Excellency President Julius Maada Bio.
Meanwhile, the Bo District Council Chairman in his New Year address to his constituents vowed to embark on a sporadic revenue generation drive which he said is the bedrock for development under his last tenure as the People’s Chairman.