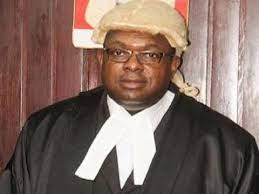 Henceforth, all registered political parties in Sierra Leone shall be legally bonded to ensure that they elect, not select their leaders.  This is the most significant import of Justice Adrian Fisher’s ruling on the constitutional matter brought by Alfred Peter Conteh against his own party, the All Peoples Congress (APC) and its now defunct National Executive.

This is against the background that our political parties since their formation have been searching desperately for a workable paradigm for political order, which answers to the challenges of having shared political ideals.

We must admit that, of all the political doctrines, none has been as universally successful and triumphant as the idea of democracy. The cry of the American revolutionists, in the war against Britain, that there will be “no taxation without representation” has passed into popular human political folklore. Democracy has become the political God of our times.

In our own case, during the course of our political history, from the days of colonialism to after independence, democracy in its true sense of Government of the people, by the people and for the people was denied, challenged, but also wooed and cultivated, by various groups and peoples – including the late Dr Siaka Stevens who was one of the founders of the All Peoples Congress just after independence in 1961 as an antithesis of the then ruling Sierra Leone People’s Party (SLPP) of Dr Milton Margai.

It is the view of The Calabash newspaper that democracy and freedom, both at the individual and collective levels of social life, will remain infectious political doctrinal potions for the coming generations if it is not practiced within well recognized and acceptable bounds.

If the experience of human history is anything to go by, we can say, without fear of contradiction that different peoples and societies will seek to give different interpretations to the notion of democracy, as it fits their own convenience. This variability which can be historically and exhibited both diachronically and synchronically is what caused SLPP when it was in opposition to spend a lot of time in court, and now the APC.

The beauty of internal party democracy, just as it fits into the national political structure, is that it permits the coexistence of contrastive views of how social life should be ordered without suffocating relatively inferior constituencies.

It allows a hundred flowers to bloom and a hundred schools of thought to contend. It is the structure, par excellence, of political pluralism in modern bourgeois society.

It permits policy options to contest for popular support in order to be governmentally adoptable.

Today, it is generally accepted that human and civil rights are crucial issues to modern humanity and closely allied to the idea of human rights are the related notions of democracy or representative Government.

Hardly anybody who is a democrat today will deny, like Hitler and Mussolini did the validity and need for human rights and representative Government.

Working in tandem with the institution of the rule of law, it provides a generally effective basis for the watch on human rights adherence.

However, it has been most unfortunate and calamitous for the development and well-being of our people that Africa’s experience of the practice of multi-party democracy in State politics has been checkered and tortuous.

It is a fact that during the past 4 – 6 decades of Africa’s post-independence experience, the search for a sound and viable formula for governance and democratic institutionalization has largely eluded Africans.

Many administrations on this continent started off with pious resolutions swearing to the intention of maintaining democratic systems but with time quickly fell prey to autocracy and authoritarianism.

In many countries on the African continent, the only elections that have been very free and without any taint of vote rigging or unfair electoral practices within multi-party systems have been the elections, which ushered in the first post-independence Governments.

In many instances, subsequent elections have been manipulated to produce results favorable to incumbent regimes.

It is against this background that we should, as democrats, understand the wisdom that informed Justice Adrian Fisher’s judgment which clearly sets the benchmark for future conduct of all internal political party elections – They must conform to the dictates of the national constitution.