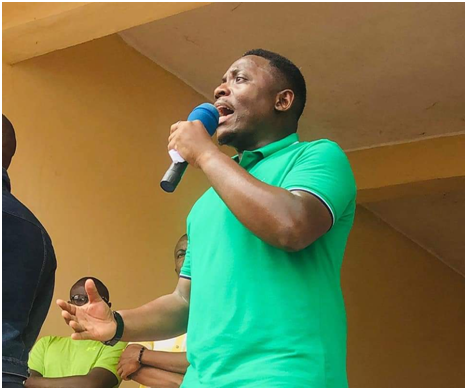 The ambitious young man who has manifested unflinching and intense love as well as support for President Julius Maada Bio, demonstrating such across the length and breadth of this country, Kadiru Kaikai, has this time round redirected his energy in ensuring that come 2023, when the multitier elections will be conducted, President Bio is re-elected with no runoff.

Kadiru has made that pronouncement in Waterloo, Tombo, Kenema, Kamalo and expressed willingness to do the same across the remaining North-Western region.

Chief Kadiru Kaikai has been consistent and vocal in his unified message to the people of Tombo and Kenema that successive Governments have failed to provide all the basic amenities for the People of Sierra Leone.

He described President Bio as the messianic leader whose development oriented vision for Sierra Leone is unmatched to any leader in the past.  He justified the compelling reason for President Bio’s re-election which is not unconnected to his (President Bio’s) quest to promote and strengthen the Human Capital Development through the commendable introduction of the Free Quality Education Initiative.

Chief Kadiru Kaikai mentioned other areas that the Government under the leadership of President Bio has done well. He called on the people of Tombo and Kenema to embrace development, especially those implemented under the auspices of President Bio-s New Direction Government.

Chief Kadiru also sent a strong worded warning to the locals in Tombo and Kenema not to undermine and sabotage the Government. He referenced instances wherein, misguided and unscrupulous Sierra Leoneans have been vandalizing electrical cables and transformers all in the name of dirty politics.

The name Chief Kadiru Kaikai has now become a household name across the radius and circumference of Sierra Leone including the strongest political base of the Main Opposition APC Party. 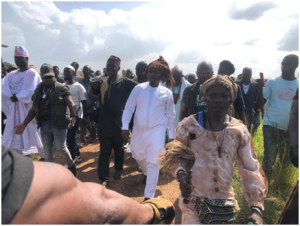 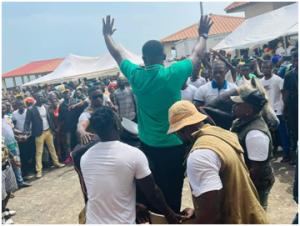