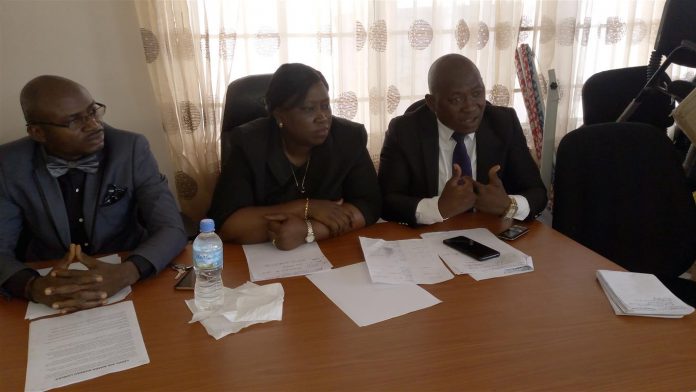 The Executive Director of the Legal Aid Board, Ms. Fatmata Claire Carlton-Hanciles has emphasized the Board’s zero tolerance policy on corruption at a meeting with volunteers of three satellite offices – the Community Advisory Bureaus – from Lumley, Kamayama and Kaningo in Constituency 132 in the West End of Freetown.

Ms. Carlton-Hanciles said she is concerned about information coming from one of the bureaus which borders on impropriety and indiscipline. She seized the opportunity to send a loud and clear message that the Board will not compromise with any LAB volunteer found wanting in the performance of their duties.

She urged the volunteers to be prepared to make sacrifices to build peace in their communities by making justice accessible to its inhabitants. “We have always maintained from the outset that the work you are doing requires sacrifice because you do not receive any stipend at the end of the month,” she said. “Those who are not ready to make sacrifice should do us a favour and leave otherwise we force them out,” she added.

Ms. Carlton-Hanciles also told the volunteers that she is aware of the great job they are doing in their communities despite the challenges they face. “Things are difficult for now but whenever we have the resources we will support you,” she said.

The Community Advisory Bureau is an initiative of the Board aimed at empowering local communities to take ownership of their justice needs through referrals, Alternative Dispute Resolution/Mediation, community outreach on the law and how the justice system works and the provision of advice and legal assistance to members of the community accessing both the formal and informal justice system.