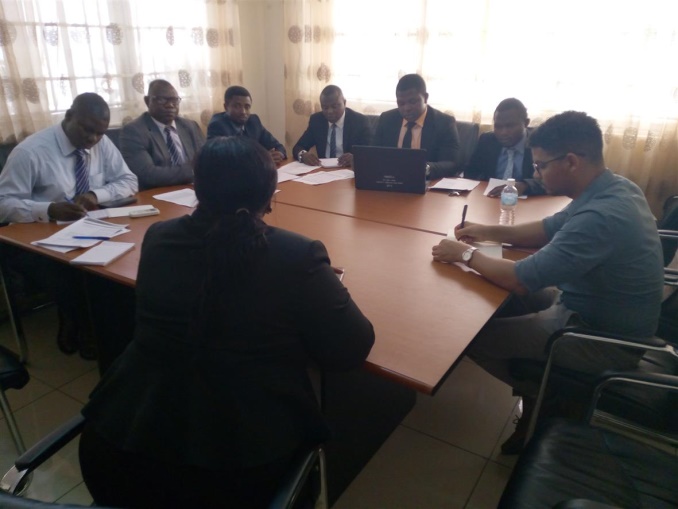 To create more impact through their activities, the Legal Aid Board has recruited and deployed thirteen Paralegals around the country geared towards increasing its presence in the remotest parts of the country. These are areas with limited access to the Criminal Justice System and therefore the most disadvantaged in access to justice. People in these areas have access to mostly the Local and Informal/Traditional Courts.

This has been made possible by a two-year grant from Charles Stewart MOTT Foundation, a gesture that is in line with ‘Improving access to justice for people in remote communities through the use of Local and Informal/Traditional Courts’.

Two Paralegals have been deployed in each of the two newly created districts of Karene and Fabala. The Paralegals were resident in the districts prior to their recruitment and moreover have been involved in civil society and human rights activists.

Prior to the deployments, Paralegals from the neighbouring districts of Bombali and Koinadugu had been covering the new districts. “This is a welcome relief to the Board because we have been constrained to provide the much needed primary legal aid services in these parts of the country which have access to mostly Informal/Traditional Courts,” the Executive Director of the Legal Aid Board, Ms. Fatmata Claire Carlton-Hanciles said.

“Our Paralegals in the neighbouring districts of Bombali and Koinadugu have been struggling to cope with the demand for our services especially from traditional leaders and civil society activists who were constantly calling for our intervention in matters,” she continued.

The Legal Aid Board had its first meeting with the Mott Foundation in Freetown in 2018 where the Program Officer: Civil Society in South Africa, Lorenzo Wakefield was briefed on the operations of the Board and the fact that the Board has established a niche internationally in the provision of primary justice services by its Paralegals. Lorenzo noted that Sierra Leone will be among four countries on the continent to benefit from the Foundation in the coming years. The others are: Malawi, Kenya and Rwanda.