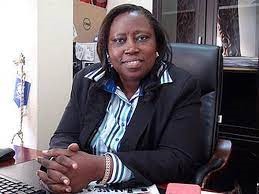 Among the 177 accused persons whose matters were called at the sessions, seventeen were absent and eight were represented in the Freetown Sessions by private counsels.

The accused persons were arraigned on multiple charges ranging from conspiracy to defraud to murder, larceny in a dwelling house, wounding with intent, robbery, robbery with aggravation, assault with intent to rob, shop breaking and larceny, larceny from a person, fraudulent conversion and sexual penetration.

Among the 152 accused persons represented by the Legal Aid Counsels, 65 were tried in Freetown; 18 in Pujehun; 22 in Magburaka; 21 in Mafanta; 4 in Mongo; 16 in Mattru Jong and 6 in Kambia. 31 of the 152 accused persons/inmates were released at the sessions: 27 were discharged, 2 were acquitted and discharged and 2 were cautioned and discharged. Apart from those freed, the Board also secured bail for seven – five in the Freetown sessions and two in Mongo. All the accused persons in the provinces were represented by Legal Aid Counsels.

Nine of the 31 accused persons were released following an application for a judicial review of 21 matters by Honourable Justice Monfred Sesay. Others released include 14 in the Magburaka sessions; 3 in Pujehun, 2 in Mattru Jong, 2 in Kambia and 1 in Freetown. Memunatu Kamara was discharged on murder charges for want of prosecution in the Kambia Sessions.

Those released from the Mafanta Correctional Center sessions were given clothing and fare by the Legal Aid Board in response to an on appeal from the judge.

The Executive Director of the Board, Ms. Fatmata Claire Carlton-Hanciles thanked the Government for providing the funds for the sessions. She also thanked His Lordship the Chief Justice, Honourable Justice Desmond Babatunde Edwards, the Justices who presided over the various Sessions and Legal Aid Counsels for the hard work.

Ms. Carlton-Hanciles warned those released “not to take the magnanimity of the court for granted”, adding that “they must not involve into anything that will undermine the peace”.

Ms. Carlton-Hanciles warned those released “not to misuse the free legal representation by Legal Aid Counsels and reoffend”, adding that “they must not involve into anything that will undermine the peace”. She noted that the “Board is challenged with limited staff especially lawyers and will be constrained to provide representation to repeated offenders.”

Those in the provinces were represented by Legal Aid Counsels: Mohamed Korie; Ibrahim Samba; John Jack Harris; Osman B. Kamara and A.K Jawara.