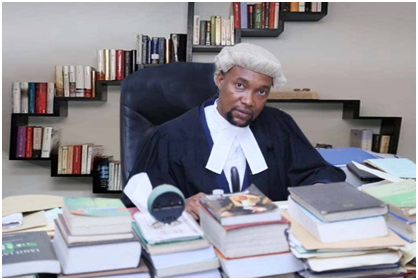 At the Magistrate Court No. 3 on Ross Road, in Freetown, on the 11th November, 2022, Magistrate Hadiru Daboh sentenced an accused person, Ibrahim Bangura, popular known as SLA, who was standing trial on one count of Assault occasioning Actual Bodily Harm, contrary to Section 47 of the Offences Against the Persons Act 1861, to one year imprisonment for flogging his own grandmother, Mama Rita Bainda.

The particulars of offence revealed that on Tuesday, 31st May, 2022, at No. 58 Wright Street, Wellington, Freetown in the Freetown Judicial District in the Western Area of the Republic of Sierra Leone Ibrahim Bangura, assaulted Rita Bainda in a manner thereby occasioning her Actual Bodily Harm

According to Magistrate Hadiru Daboh, “His (accused Ibrahim Bangura) conduct of flogging his grandmother is immoral, thus making it more unlawful to warrant the maximum jail term of one year for the offence as in the Act.”

The matter was prosecuted by Assistant Superintendent of Police J. Bangura.