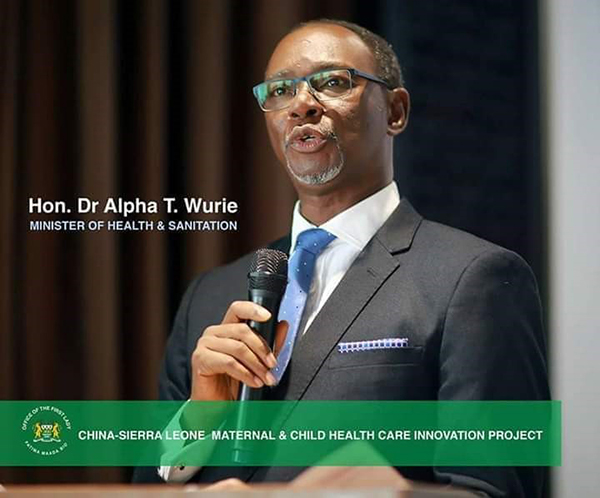 Dr Vandi made the statement at a press briefing held at the Directorate of Health Security and Emergencies /Emergency Operation Center (EOC) on Wilkinson Road last Friday to update journalists on the discovery of the Marburg Virus.

Speaking to journalists, Dr Vandi stated that the beauty of the discovery is the fact that they have been able to identify the Marburg Virus in bats before getting to the human population, which he described as proactive. “The discovery is a major public health issue and Public Health seeks to prevent diseases before they occur, and this discovery has put us in a better position.” Dr Vandi Stressed.

He appealed that there is no cause for panic as there is no known case of Marburg virus Disease in the country at the moment and he, however, advised people to avoid contact with bats, as they are the primary host of not only Marburg Virus but also other viruses of other   diseases, like Ebola etc.

“People in certain part of the country use bats as a source of protein, ritual and medicinal purposes or for other delicacies but I want to advise people to avoid not only bats but also other bush animals for preventive purposes to ensure better health” Dr Vandi Advised.

Dr. Vandi further noted that they were going to embark on Community Engagements and Social Mobilization with Districts and Chiefdom stakeholders across the country district stakeholders to orientate them on the new discovery, adding that they had already engaged inter-parastatal stakeholders, involving Ministry of Agriculture, Environment Protection Agency, NGO Partners, CDC, WHO, ONS in Freetown at Kona Lodge.