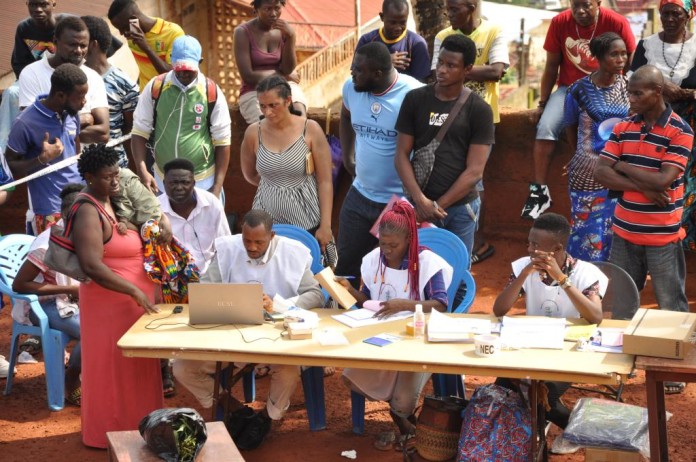 As a nation, we have come a long way from the “Return to Democracy Elections” of 1996 when RUF rebels threatened to cut off the hand of anyone that voted. The enthusiastic turnout of citizens in all corners of the country to register to vote in the June 24 General Elections is a good sign that the people prefer to elect their representatives through peaceful than violent means.

Four generally peaceful, free, and fair general elections have been conducted to elect representatives since 1996. It shows that we have come a long way since then in accepting the ballot box as the means of retaining those representatives that served us well and booting out those that did not. That is the biggest advantage of representative democracy. When practised well, it serves to remind elected officials that at the end of the day, they are accountable to the electorate.

The huge turnout by both old voters and new ones is a clear indication that they want to have a hand in selecting those that they will delegate power to. The onus now falls on the Electoral Commission for Sierra Leone to ensure that the process leading up to the Elections is not rigged in favour of any political interests. That is the only way there will be guarantee of the outcome being accepted peacefully by all.

The people too in their own best interest have to rise above parochial considerations to look carefully at the candidates that will be putting themselves up for election to determine well those that will represent them best. This is on the understanding that there have been many instances of politicians hoodwinking the electorate to vote for them with fake promises of bettering their lot only to after been elected forget the promises made to pursue their own selfish agenda. 2023 offers a big opportunity to the electorate to select accountable representatives.