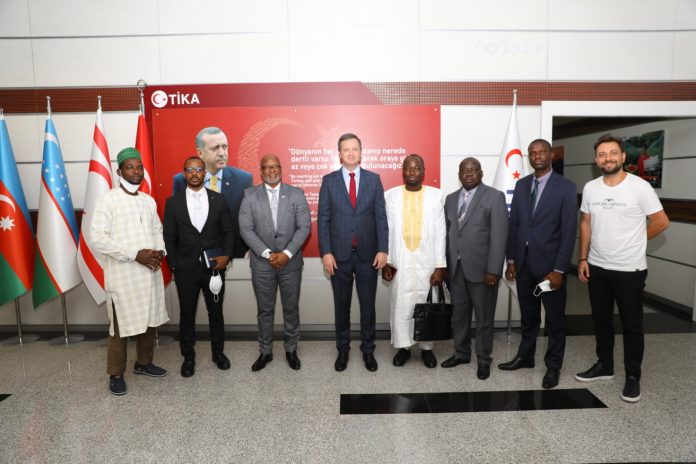 The dynamic and hardworking Sierra Leonean Ambassador  to Turkey, Mohamed Kai Samba and his Deputy,  Paul A.S Mina,  on Tuesday the 25th of August 2020, during  a well-attended ceremony, met with  four  big investors, that have agreed  to invest in Sierra Leone, highlighting four key areas where they may want to invest , which are the  agriculture, fishing, mining sectors as well as establishing  a juice factory.

In his opening statement, Suat Gürcan, one of the potential investors, expressed satisfaction to meet with Ambassador Mohamed Kai Samba and his Deputy, adding that four of them are ready to invest in Sierra Leone furthering that the country is going to be the first where he intends to set up his second juice factory also maintaining that the country is going to be his second home.

According to Murat Atalayent, another potential investor, the meeting with Ambassador Mr. Kai Samba and his Deputy came at the right time for him disclosing how long ago he identified Sierra Leone as a country where he would like to invest stating that he now wants to translate his dream into reality also disclosing how his investment would benefit the two countries. He divulged that he wants to massively invest in the agricultural sector.

Mr. Uğur Elaman, who has an interest in the mining sector, said that, he is ready to boost the economy of Sierra Leone and help create jobs for the youth.

Fırat Fesih Kaya, in his statement thanked the Ambassador and his Deputy for giving them the opportunity to sit together and discuss investment opportunities for Sierra Leone. He said he intends to invest in the fishing industry which he also stated can create jobs for young people and help boost the country’s economy.

Erdal Arslan, in his own remarks, pointed out that he intends to invest in agriculture to help boost the Government’s food production strides and for exportation. He noted that for any country to develop there is the need to focus on serious agricultural production.

Ambassador Kai Samba also met with the President of Tika, Mr. Serkan Kayalar, during which they discussed important issues.

Tika is a humanitarian organization that renders assistance to   countries in different areas like health and education. The organization has promised to assist the health sector of Sierra Leone.

Ambassador Kai Samba, while thanking the investors, told them that Sierra Leone is open for business, and President is ready to receive them.

He noted that the meeting was successful and prayed for the COVID-19 pandemic to end so that normal businesses resume.