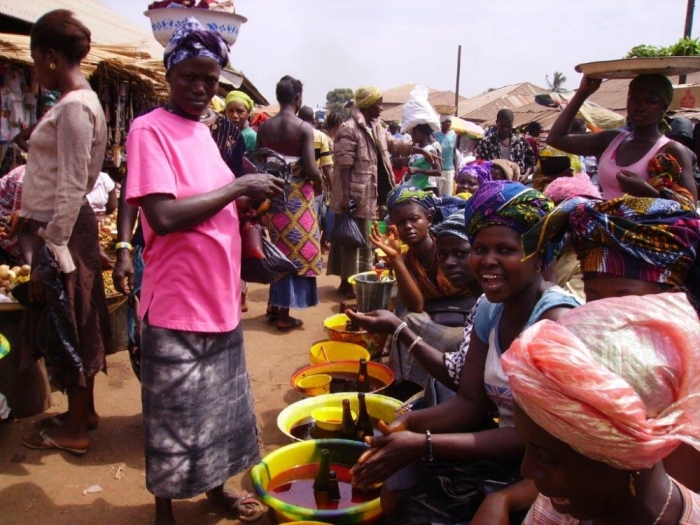 In August 2019, the Ministry of Agriculture and Forestry (MAF), Statistics Sierra Leone (StatSL) and the Food and Nutrition Directorate (FND) of  the  Ministry  of  Health and  Sanitation, with technically support from the United Nations World  Food  Programme (WFP),undertook  a  Food  Security  Monitoring  System  (FSMS)  exercise.  The purpose  of  the  FSMS  was to  find  out  the  status  of  food  insecurity  during  the  lean  season.

Among the districts, Bonthe district recorded the highest prevalence of food insecurity (75.5percent), likely as a result of challenging physical access that impeded inflow of food commodities, heavy rainfall that damaged crops and constrained engagement in the main livelihood of fishing in addition to a pest infestation of the staple in this area, cassava.

In Tonkolili district  (68.6  percent), high rates of food insecurity are likely a result of a reduction in agricultural activities in the district due to increased utilization of agricultural land formining activities.

Food insecurity was also high in Koinadugu district (65.3  percent), representing a chronic problem of very poor accessibility during the rainy season as a result of the deplorable road conditions that characterise this district.

Overall, the FSMS showed a deterioration of the food security situation since September  2018 –the  last  data collection also during the lean season-with the total food insecure population increasing from 43.7 percent to 53.4 percent.  This implies that over half of the population of Sierra  Leone (4,232,593  people) are  not  consuming a sufficiently nutritious diet to live a healthy life. The August 2019 FSMS showed that 4.6 percent (364,605 people) of Sierra Leoneans are severely food insecure, an increase of 2.6 percent from September 2018.

The increase in food insecurity during the lean season –when local production is lower, households have depleted their  food  stocks  and  access  is  challenging  due  to  poor  infrastructure -demonstrates the  current  testing macroeconomic  situation  in  Sierra  Leone,  characterised  by  high  inflation, increasing  food  prices  and  reducing income  generating  opportunities.  Considering  the  extreme  poverty  in  Sierra  Leone  with  the  average  household spending most of their limited income on food, price increases have had a profound impact on the resilience of low income, vulnerable households.

This is reflected in the proportion of households spending over 65 percent of their income on food increasing from 44.8 percent (September 2018) to 56 percent (August 2019). Furthermore a difficult macroeconomic situation has been compounded by recurrent climate shocks – specifically irregular rainfall patterns – including late onset of 2018 rainy season and lowers than average precipitation levels, and above average rainfall in 2019 and widespread incidents of flooding.

Reduced harvests in 2019 contributed to earlier than usual  depletion  of  household  food  stocks,  which  intensified  the  lean  season. The  heavy  rainfall  of  2019  both damaged  crops,  homesteads  and  reduced  physical  access  to  remote  communities,  thus  reducing  access  to  food during the lean season typified by low agricultural production. The combination of these recurrent climate shocks has had a serious impact on the fragile food security status of vulnerable households in Sierra Leone.