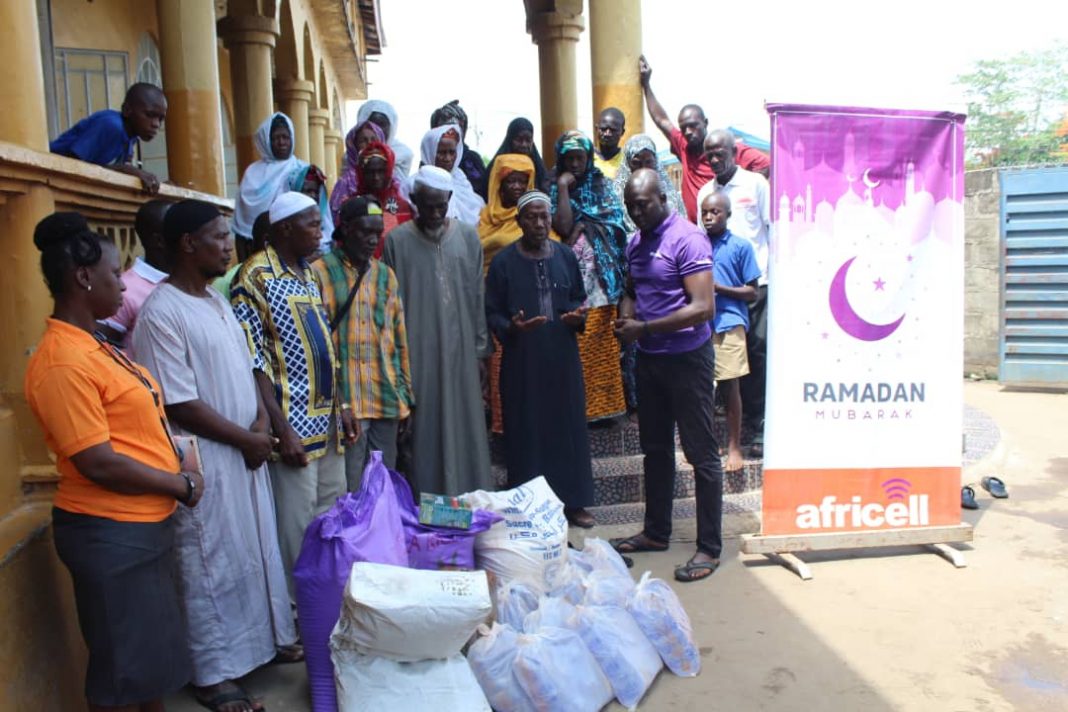 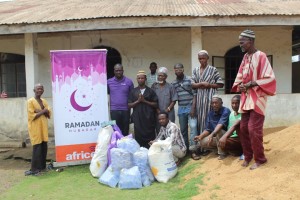 The leading Telecommunication operator in Sierra Leone, Africell has given Iftar to Muslims nationwide that are fasting in this Holy month of Ramadan.

Iftar is one of the religious observances of Ramadan and it is taken just after the Maghrib prayer and it is done in emulation of Prophet Muhammad (S.A.W) who before his death breaks his fast in that manner.

Presenting Iftar, the Head of Event and Sponsorship of Africell, Mr. Abdul Aziz Kamara underscores the fact that Africell Mobile Company has tremendous respect for religious practices in the country. He added that in line with the religious practices of Muslims, the Africell Mobile Company has, therefore, joined Muslims throughout the country in observance of the Holy month of Ramadan.

Mr. Kamara went on to say that during Ramadan Muslims are expected to hold Iftar, adding that Muslims are doing so mainly in emulation of Prophet Muhammad (S.A.W) who before his death usually breaks his fast with Muslims in his community.

Africell mobile company believes that sharing Iftar to Muslims is rewarding. He said that Africell Mobile Company believes in giving out charity to people in the country. He added that in observance of Iftar in this holy month of Ramadan, Africell has presented food items to hundreds of Muslims nationwide.

The Imams and Elders of the various Mosques that received Iftar on behalf of worshippers thanked the Management of Africell for the kind gesture. They expressed that this is not the first time they are receiving Iftar from Africell, adding that giving charity during the month of Ramadan will attract blessings from Allah and they prayed that Africell will receive the blessings of Ramadan.