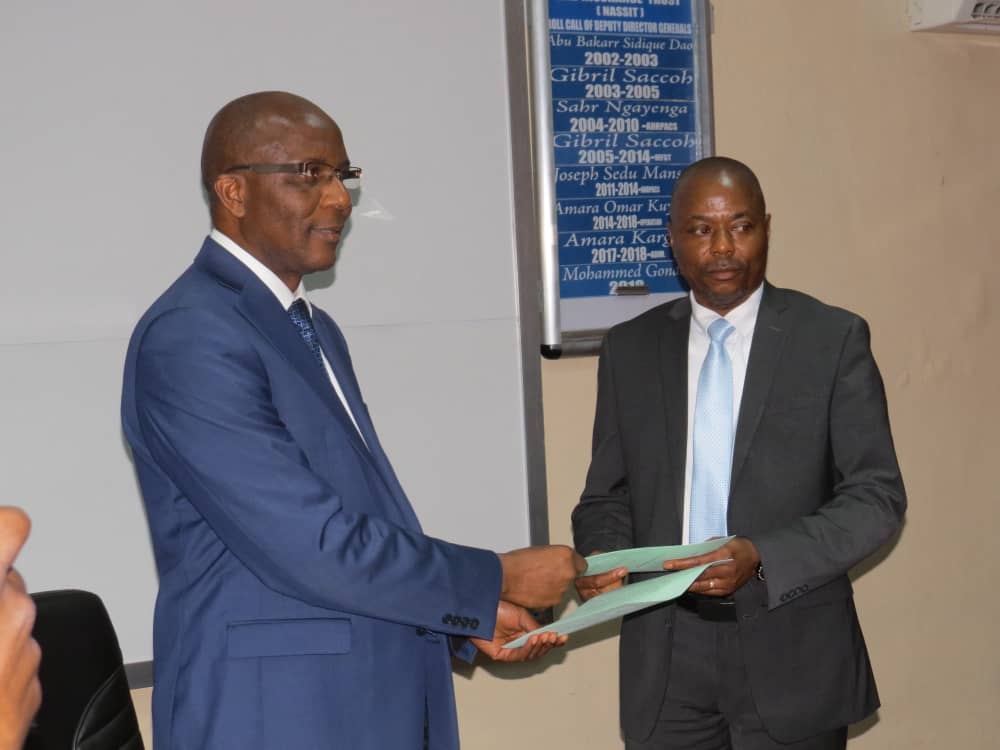 The epoch-making event which brought  together two giant Institutions in Sierra Leone was  geared towards establishing a platform for collaboration and sharing of important data in the execution of their various responsibilities.

NASSIT, which was established by an Act of Parliament, Act No 5 of July 2001, is charged with the responsibility of providing income replacement for all employees in Sierra Leone and target beneficiaries at the onset of a contingencies of Old Age, Invalidity and Death.

In the same vein, the National Revenue Authority, which was established by an Act of Parliament known as NRA  Act of 2002, has the responsibility of assessing and collecting domestic taxes, custom duties and other revenues specified by law, as well as administering and enforcing laws relating to these revenues.

It is believed that such a platform will not only enhance efficiency and effectiveness in the two institutions but will also contribute to the development of the country.