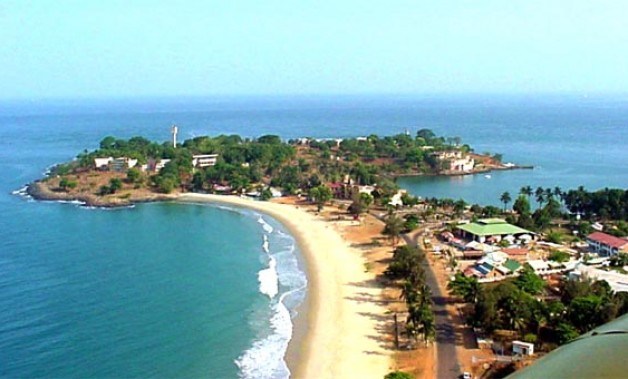 By Foday Moriba Conteh – 13th August 2019
In order to discuss the draft Entertainment Policy and bring up recommendations towards the upgrade and review of the 2013 Cultural Policy the Ministry of Tourism and Cultural Affairs ended a two-day consultative workshop with entertainment stakeholders in Freetown at the Miatta Conference Centre.

Held from the 6th to 7th August this year, the Director of Cultural Affairs, Mr. Foday Jalloh being the lead facilitator, informed the gathering about the purpose of the occasion.

The All Stars President, Milton Coker aka Colabo, mentioned their long struggle to unite the creative industry especially the musicians and filmmakers. He also thanked the Hon. Minister of the said Ministry for her willingness to work with them across SL for the benefit all.

In her contribution, the Special Adviser to President on Heritage and Culture, Mr. Raymond De Souza George aka Paparay, observed that “Culture is a vehicle that must be manned by its drivers being a delicate commodity.” He added that life has been invested in the service of culture which, according to him, must not be treated with a pinch of salt by any nation. This is what Sierra Leoneans must carefully consider as His Excellency stresses on national cohesion, Paparay continued.

Hon. Mohamed Sheriff Rahman Coker, Chairman Parliamentary Oversight Committee on Tourism and Cultural Affairs, maintained that as legislators they are poised to support the project in becoming a law, thus using tourism and culture as the strongest pillars of our sustainable economic growth and development.

In her keynote address, the Hon. Minister of Tourism and Cultural Affairs, Dr. Memunatu B. Pratt, kindly thanked all for working with her to push such a challenging project. She reminded the gathering of her Ministry’s mandate to rebrand the image of SL, which according to her, has been actualized to some extent.

The Hon. Minister informed the handful of the entertainment elites present about the recent international tourism survey that rated Freetown’s Peninsula Number 2 River Beach area as one of the best destinations in Africa. “We have been supporting a lot of your events, and can’t continue to effectively do this without a policy to guide us all,” Dr. Pratt added. She further updated participants on some key activities of the Ministry ranging from the recent provincial sensitization tour on Civic Peace and Cultural Education to the relocation of the SL National Dance Troupe to the newly constructed Cultural Village at Maballah (6 Mile) village and the procurement of a 30  seaters bus for the Dancers.

Other speakers at the said workshop include the Hon. Minister of Political and Public Affairs, Foday Yumkella; The Chairman, National Commission for Civic Education and Development, Mr. Kalilu Tutangay (on Day One); the Hon. Deputy Minister of Tourism and Cultural Affairs, Mr. William I.K. Robinson; Mr. Alpha Saidu Bangura from the Strategic communications Unit; the Commissioner, National Youths Commission Ngolo Katta and the Inspector General of Police Representative (on Day Two);

Meanwhile, Dr. Julius Spencer from Premier Media guided the process throughout as one of the resource persons working with the Consultant from Fourah Bay College, University of Sierra Leone Mr. Mike A. Sam, History and African Studies Department.

In another development, the Ministry of Agriculture and Forestry (MAF), the National Protected Area Authority (NPAA), the Ministry of Tourism and Cultural Affairs, the National Tourist Board (NTB) and the Tacugama Chimpanzee Sanctuary (TCS) is reminding the public that it is illegal to bosseschapture, kill or keep chimpanzees (babu) as pets. This is in accordance with the Sierra Leone Wildlife Conservation Act 1972.

Sierra Leone’s chimpanzee population is rapidly declining and facing a serious risk of extinction. In 2016, the International Union of Conservation of Nature (IUCN) elevated the status of the Western chimpanzee (Pan troglodytes verus) to Critically Endangered’ because in the past 24 years its population has drastically reduced by more than 80% as a result of poaching, loss of habitat and habitat fragmentation due to human activities.

Chimpanzees are a flagship species for Sierra Leones tropical forest and woodland areas and play a key role in maintaining the health and diversity of their ecosystems. Their decline and potential extinction is likely to precipitate the decline of other culturally, economically and/or ecologically important species and the ecosystem in which they live.

Chimpanzees have already disappeared from 4 African countries, and are nearing extinction in Sierra Leone. Chimpanzees are part of Sierra Leone’s culture and heritage, as such, we have a moral duty to conserve their legacy and share with future generations. It is our responsibility to react, protect and preserve them. In the past twelve months (July 2018 to July 2019), the threats faced by Sierra Leones chimpanzees have reached new alarming heights.

The Tacugama Chimpanzee Sanctuary has received 14 baby chimpanzees at a rate of more than one rescued chimp per month. The orphaned chimpanzees are arriving from different areas of the country including Pujehun, Moyamba, Port Loko and Koinadugu Districts (see attached map of the location of the rescues). The information gathered by Tacugama field officers reveals that humans have hunted the mothers for the bushmeat trade and captured their babies. This illegal activity, plus the extensive illegal logging, mining and encroachment inside protected areas, are jeopardizing the survival of the chimpanzees.

On 28th February 2019 the Honourable Minister of Agriculture, Forestry and Food Security -Joseph J Ndanema declared the Western Chimpanzee as Sierra Leones National Animal. We urge all Sierra Leoneans to save the countrys national animal from extinction before it is too late. All Sierra Leoneans are reminded that killing or capturing chimpanzees is illegal, and asked to take action by: – Requesting all chiefdoms to enforce the ban on killing and capturing chimpanzees in their respective chiefdoms – Report anyone seen with a chimpanzee to the nearest police station or other authorities – Contacting Tacugama Chimpanzee Sanctuary +232 31 777777; or National Protected Area Authority +232 76482963/+23276857856 – Refusing to eat chimpanzee meat – Refusing to buy any chimpanzees (dead or alive) or chimpanzee body parts (hands, skin, etc) .