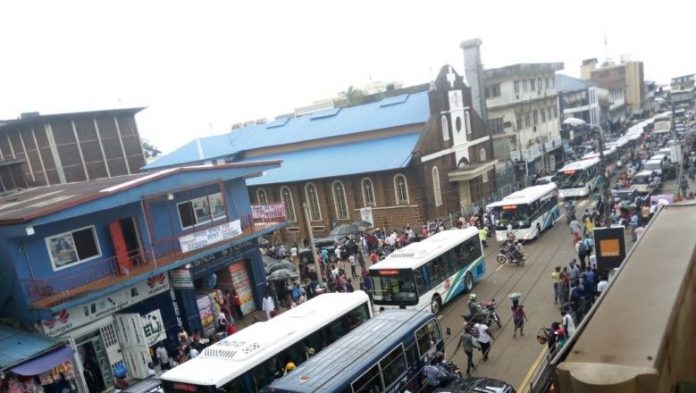 A 14 days ultimatum was given by the Native Consortium, Research and Development organisation to the Government of Sierra Leone commencing  27 January 2020 to reverse a recent decision taken to increase transportation fares as a response to the increment in pump prices. The organization said it had found that the increment was uneven; while fares went up for some segment of the public transportation, like commercial mini vans (Poda Poda), it was unchanged for others like commercial tricycles (Keke). This, according to the organization, had caused discomfort for the masses.

It also argues that the increment in fuel prices was so small that it didn’t warrant a change in fares.

“Ever since the price increment, we have criss-crossed various parts of the country and Freetown and we have observed that this current increment in the transport fare across is not only disproportionate but it has exacerbated more hardship on the citizens and some commercial transport drivers are exploiting the situation to make extra profit out of poor citizens,” the organization said in a letter addressed to the Minister of Transport, a copy of which was made available to the media on Monday.

Native Consortium, in the letter, also questioned the rationale behind the fuel price increment earlier in the month, noting that given the prevailing circumstances surrounding the international oil market, it was expecting the fuel prices per barrel to further go up.

The increase in pump prices followed shortage of fuel, which led to long queues in and outside Freetown for days, leaving many commuters stranded.

Even though the long queues have disappeared, in some fuel stations the commodity is rationed.

“The volatility that drives the global market price of fuel per barrel is an external factor that Government cannot control. Judging from the events unfolding, as a think tank, we foresee an additional increase in the oil price per barrel in the world market. Therefore we see this recent price increase as being very premature, insensitive and a sour taste to commuters,” the statement signed by Edmond Abu Jr., Executive Director of the organization, said.

It warned that failure to revert to the old price; they would stage a nationwide protest against the Government for its “insensitive decision.”