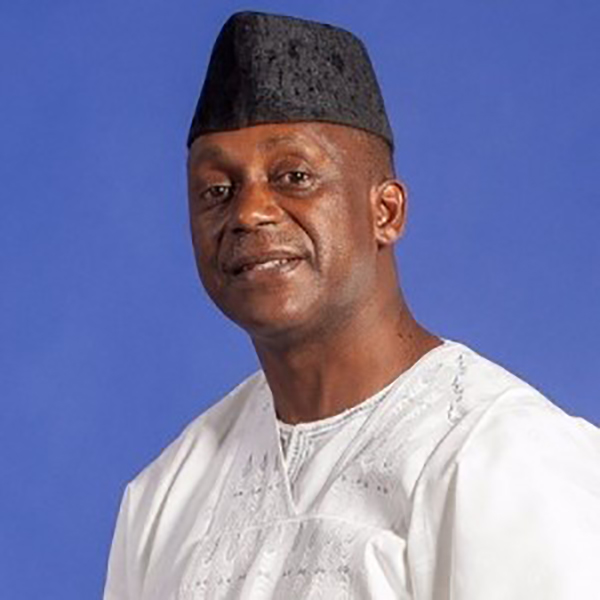 I wish all Sierra Leoneans a happy and prosperous New Year. Though 2018 was a challenging year, our people emerged as winners. They were able to exercise their democratic rights to vote and elect a new government.

As we look ahead to the New Year, I want to highlight a number of key areas that will require our collective action as a nation, namely; responsible leadership and building a just and equitable society, growing our economy and carefully and judiciously managing the war on corruption and the pending Commissions of Inquiry.

Following the 2018 elections, our country has a new Government and a Parliament in which the Government is in the minority. This may be seen as a manifestation of democratic progress. Thus, the nation is hoping that Parliament will live up to its sacred responsibility of providing valuable checks and balances as well as oversight on the Government. Therefore, the government must accept and respect separation of powers and allow the judiciary and the legislative branches to exercise their constitutional mandates.

In recent times, we have seen a spate of violent incidents many of them associated with post-election tensions. There is also strong evidence that democracy itself may be under serious threat given the growing polarization of our society and the incessant pandering to tribalism.

We are very concerned about this and the emerging risks to fundamental human rights (guaranteed under our constitution and in international treaties we have ratified) due to a series of arrests/detentions without recourse to Hebeaus Corpus.

The Government needs to heal the nation and endeavour to build an inclusive, open and just society on a foundation of rule of law and respect for the provisions of the constitution. The Government must live up to its party slogan of “One Country, One People” and work towards creating a cohesive and just society based on respect for the protection of human rights of all its citizens. In this regard, we reject sporadic mass firing of people in various institutions without due process.

In the same vein, the opposition APC has to come to terms with the fact that they lost power and they must understand, and accept, their new responsibility to be a formidable constructive opposition that can provide checks and balances to prevent abuse of power. Democracy works best when there are checks and balances on executive authority. The APC must return to its center-left core values to speak for the poor and promote social inclusion. Many would recall that I regularly campaigned against the accumulation of absolute power at State house, and the penchant for institutions to resort to “orders from above”, or, “supreme executive authority”.

They say “a sleeping nation either dies, or wakes up as slaves.” Rankanomics overburdened our economy with debt, runaway inflation, kleptomania and enslaved over 70 percent of the population in multidimensional poverty. If our economy continues to decline and there is a concomitant escalation of political tensions and a deterioration of human rights, we will not succeed as a nation.

In his inaugural speech to Parliament, President Bio cited credible data and indicators from various multilateral institutions to clearly illustrate the low level of human development in our country and to elucidate the constraints on economic growth. We should recognize and accept that many of the structural constraints to our country’s growth and development were not just created in the past 10 years; some date back to several decades.

Also some problems such as climate change and global economic shocks may be beyond our control; but others have been caused by poor governance during the tenure of various governments. The bad news about the nation’s economic deterioration was reinforced later by the first New Direction budget for 2019.

As we stated in the budget debate, several indicators presented in this budget suggest that in spite of three Poverty Reduction Strategy programmes during the past two decades (one from the SLPP government, followed by the Agenda for Change, and the Agenda for Prosperity) this nation has either stayed stagnant or retrogressed in terms of human development and economic transformation.

We however remain hopeful that in 2019 the government will be more prudent with spending, will invest in expanding the productive sectors, stimulate private sector investments and growth.

There is an urgent need for bringing inflation down and managing the exchange rate. While we understand the need for revenue mobilization, we want to draw the attention of government to the high cost of living due to several factors including higher taxation on private businesses and high import duties.

We remain hopeful that the government’s fiscal consolidation drive will be backed by a strategy to stimulate growth and job creation and help us attain the Sustainable Development Goals (SDGs) and the African Union Agenda 2063. In this regard, we urge the government to ensure that their projects/programs are consistent with the proposed National Development Plan and are subjected to rigorous vetting before inclusion in the budget.

War on Corruption and pending Commission of Inquiry

As true citizens, we should all support the war on corruption and the Commissions of Inquiry (CoI) and make sure they succeed. This requires us to examine our own values and our conscience. As Professor Lumumba recently stated some people want to fight corruption provided it is not against their tribesmen/women, or provided it does not disrupt their own personal access to the loot. Each of us has a role in the fight for the soul of our country. It is basically a fight about our beliefs in and consciousness about, values, morality and justice.

I wish to restate the NGC’s position enunciated on September 2018. To be credible, the Commissions of Inquiry must include all those involved in acts of corruption. They must include those who carried the greatest responsibility for financial management, procurement and decision making rather than just ministers. If this includes Permanent Secretaries, Statutory Vote Controllers, and Chairs of procurement committees, so be it.

To be transformative and curative, the inquiries must also be televised. They must be thorough and fair to allow the innocent to go free and the guilty to face the full penalty of the law. Hence the critical importance of ensuring that the best practices in credible rules of procedure and evidence will prevail.

To prevent abuse of human rights and freedoms, the tenure of the Commissions cannot be open-ended. They must be time bound and completed within six months to a year. We must also protect whistle blowers to ensure that the current Executives do not use the Commissions of Inquiry to go after those who will challenge their own future excesses. Remember, power corrupts and absolute power corrupts absolutely.

Ultimately, the execution of the proposed Commission of Inquiry will give us an insight into whether the New Direction is a movement for change and progress. The government bears the greatest responsibility to ensure that the Commission is not a charade and that justice is delivered quickly, for justice delayed is justice denied.

Our party and values

I wish to reaffirm that in the National Grand Coalition (NGC) we believe that there can be no development without peace, and peace cannot be sustained without development. Both peace and development cannot be achieved in the absence of social cohesion, inclusive governance and respect for human rights. Therefore, the economy will not thrive if half of our society is or feels left out.

We call on the ‘New Direction’ government to right the mistakes of the past. We must see real efforts to lower tensions across the country, and genuine actions to reach out to those who feel left out. The latter will happen when we put Salon FOS.

The NGC will continue to advocate for a culture of “Salon Fos”. We stand by our electoral campaign platform to wage a war on corruption, kleptomania and tribalism.

The NGC showed that a third force can change the status quo and engender transformation. This should embolden our supporters and offer people a new force for good and an alternative political platform.

We have demonstrated to the youth that they should not settle for less, they should not acquiesce to the lowest common denominator, but rather appeal to ’the better angels of our nature.’

The NGC will, therefore, continue to provide the platform for our youth to ask critical questions of their leaders, and we will continue to demonstrate to them that there can be an alternative political ethos and dispensation that will address the real issues of poverty, massive corruption and low human development.

As a party, the NGC vision is for a Sierra Leone in which every citizen deserves provision of essential services, respect for their human rights and can realize their full potential. They can do so regardless of the circumstances of their birth, ethnic group, class, race or connections.

Our vision is for a Sierra Leone that stands tall among nations because each individual member of Team Sierra Leone feels a sense of belonging, self-worth, dignity, and pride. We yearn for nation that understands and appreciates the critical importance of its diaspora in a 21st century global economy. To achieve higher levels of growth and prosperity our nation must embrace its diaspora to harness their Knowledge, Networks and Capital.

As an eternal optimist, I am still full of hope for a better future for our country. On behalf of the NGC, I wish you a peaceful, progressive, and prosperous 2019