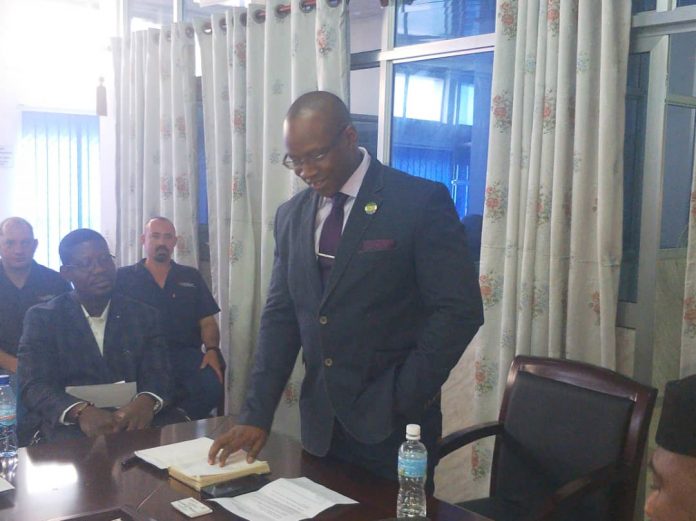 The National Minerals Agency (NMA), on Friday 20th December, 2019 updated the press on the operations of the Nationwide Airborne Geophysical Survey report. The event took place at the Lungi International Airport.

Speaking at the ceremony, Project Coordinator, Ministry of Mines & Mineral Resources, Mustapha Sheku Gibril, said that on 20th January 2019, His Excellency the President, Brigadier (Rtd.) Dr. Julius Maada Bio, officially commissioned the Nationwide Airborne Geophysical Survey and on that day, the Contractor, Xcalibur, had already deployed 3 out of the 5 aircraft that were meant to ensure nationwide geo-data acquisition, adding that the nationwide airborne geophysical survey is geared towards providing the country with reliable geo-data, which will help determine the mineralization of Sierra Leone in the most comprehensive way ever, which will put the country on sound footing to bargain from a position of strength with potential investors, and hence, optimize the benefits of exploration and exploitation of our mineral wealth.

He noted that it is almost a year after the commissioning of the project, and they have again gathered towards winding up this project and to update the general public about the status of geo-data acquisition and the post-airborne geophysical survey activities.

He expressed delight to report that the survey has been executed very well, despite challenges ranging from delays in securing diplomatic and security clearances from Guinea and Liberia, bush fires in the months of February and March, and the onset of the rains, and that these challenges occasioned an extension of completion month from June 2019 to December 2019.

He said that Bad pilot visibility as a result of the downpour of the heavy rains with adverse effect on the quality of the data, forced a suspension of the survey, but maintained that all 5 aircrafts had to de-mobilized and re-mobilized again in the early part of November, by which time the rains had subsided, but thank God they have now gotten almost to completion point according to the series of weekly progress reports submitted by the contractor and the Quality Control Experts.

He said that it is evident that Sierra Leone has acquired high quality and reliable geo-data, which, he reliably informed, is one of the best in the World, adding that after this acquisition phase, the technical team will have some more work to do, which will form part of the post airborne geophysical survey activities for which our technical counterparts at the NMA will further explain.

He disclosed that a lot of effort and hard work was put into this project from the design phase unto execution, for which he must commend the technical team at the NMA, the Ministry of Mines and Mineral Resources, the EITAP2 PIU and the World Bank for the excellent planning and coordination for a successful project implementation.

On behalf of the Project Implementation Unit and the Ministry of Mines and Mineral Resources, he expressed appreciation to the entire Xcalibur team, especially the pilots, for their tireless efforts and professionalism displayed throughout this geo-data acquisition phase.

In his presentation Deputy Director, Geophysical Survey, National Minerals Agency, Joseph Lebbie, expressed appreciation to the Contractors of Xcalibur for their tremendous work in putting this survey together, regardless of the numerous challenges faced during the process.

He said that under the Extractive Industry Technical Assistance Project Phase 2, the World Bank provided budgetary support in order to carry out the Nationwide Airborne Geophysical Survey to enhance the general knowledge of Sierra Leone’s Mineral potential.

Underscoring the challenges, he said the team faced a lot of challenges ranging from bush fires in the months of February and March, onset of the rains, fuel crisis, delays in securing diplomatic and security clearances from Guinea and Liberia, which he said obstruct their activities eventually leading to an extension of the completion month from June 2019 to December 2019.

He said that the final results will be delivered in compatible formats with the Ministry of Mines and Mineral Resources and National Minerals Agency, existing databases’ formats according to the project specifications.

Team Member of Xcalibur Airborne Geophysics, Haiden John Harrington, expressed appreciation to the people of Sierra Leone for the hospitality during their stay in the country.

He applauded his team members for their tireless effort in making the project a reality, regardless of the challenges faced, noting that the high quality and reliable geo-data will enhance the general knowledge of Sierra Leone’s Mineral potential and will be used in order to benefit the nation as a whole and said that they are looking forward to working with Sierra Leone in subsequent years. 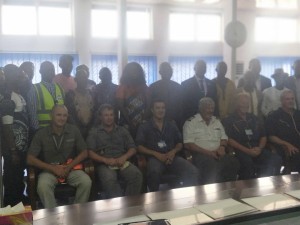 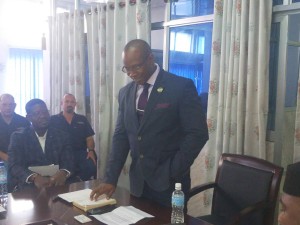 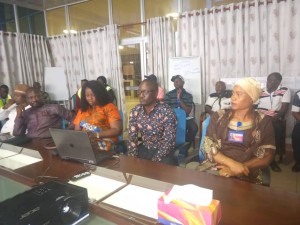 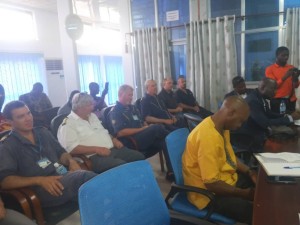