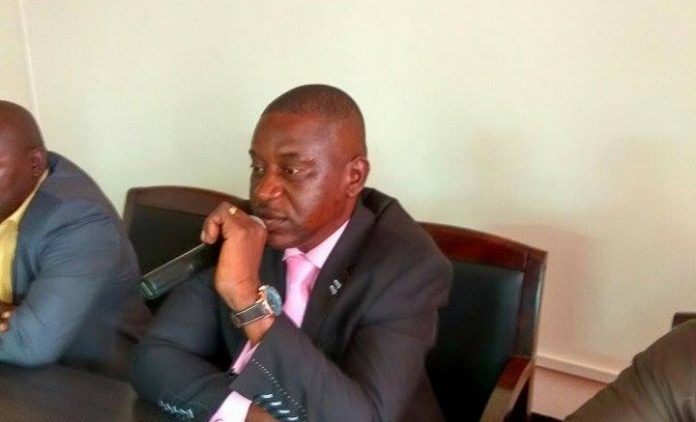 The ruling of Justice Adrian Fisher in the matter between Alfred Peter Conteh versus Ernest Bai Koroma, Osman Foday Yansaneh, All Peoples Congress, and the Political Parties Registration Commission (PPRC) is exciting, daunting and flummox.

It aroused overwhelming and intimidating but emotional responses from supporters of feuding factions within the party, the general membership of the party, and members of the public – since political parties are public institutions.

Mine is not the relativity of the ruling to jurisprudence neither to cry over spilled milk; nor about pointing fingers, casting blames and a pat on the back.

It is not about the highs and lows of the judgement.

It is about the opportunities to bury the hatchet, shake off the dust and rubble and to rebuild the party and move forward.

Blaming the SLPP government or the Courts for our predicament is a deliberate attempt to continue to hide in the shadows of our iniquities.

It is not to say a desperate SLPP will not do any and everything possible to undo the formidability of the APC.

I am also not saying the judge may not have satisfied the bid of his master.

Both have been at their best, but we have ourselves to blame.

A complex and complicated combination of complacency, arrogance, intolerance, hypocrisy, in-fighting, negligence, and ignorance within and among the rank and file are the reason for our current predicament.

It should not be a moment of self-gratification for anybody; nor a moment for mudslinging and browbeating.

Posterity will blame this generation of members for bringing this calamity to the party; however, the disbanded executive carries more blame.

And all of us who served the party in various capacities based on the appointment or recommendation of the disbanded executive, knowing or unknowing of their illegitimacy, equally bear responsibility. Failing to do due diligence or complicity.

Those who claim not to be oblivious of the ills but only spoke out when they felt aggrieved or their interest threatened are as guilty as the disbanded executive.

In all of this, the party is the pawn in a game where individual interests trample the collective good.

It brings to mind two Krio parables. The first is WeOsNכSԐllyu, tritNכ go aksɔmɔsfɔyu (meaning if you are not offered for sale by your household, nobody on the streets will ask at what price), and the second: Nכlukwhosaiyu for dom, lukwhosaiyubokyufut (consider where you missed your step and not where you fall).

As the main opposition party, we have not been up to task holding the SLPP government accountable and have failed in our obligations to uphold democratic good governance.

The rank and file of the party and the general public are not oblivious that the party is laden with internal strife.

Some members kowtow flag-bearer aspirants; others divided between the old guards and the reformers. Very senior comrades, hitherto well-meaning and dedicated, are engaged in an intense horse-trading with the ruling SLPP to protect their personal interests and wealth and to disadvantage their rivals.

Their actions jeopardize the safety and security of comrades and sabotaged the unity and effective functioning of the party as the main opposition in a democracy.

The disbanded executive, of which I was a member, could not have done better than they did.

Many thought they were a compromised leadership lacking focus, as their legitimacy was legally questionable.

Views about their lack of focus and inability to take the bull by the horn came rife when they failed to act appropriately in many instances.

The internecine social media warfare only deepened acrimony and widened the divide.

What remains equally problematic and perhaps more repulsive than the court case is the high level of political ignorance, rivalry, and hypocrisy exhibited by comrades, particularly comrades from whom we expect much.

The ruling, therefore, provides an opportunity for a thorough introspection; to disentangle alliances and patronage and cement the bonds of comradeship.

Consequently, this ruling should let us cast our indifferences and confront the common enemy.

Who is the common enemy?

The common enemy is getting Bio out of State House in the 2023 elections.

But moving forward with the same mindset will take us nowhere.

The same bickering continues as if we are locked up in our past.

It should not de-escalate to a cold war in the Court sanctioned interim arrangement.

The court ruling puts the future of sanity and unity in the APC in the hands of two people: Alfred Peter Conteh and Chernoh Ramadan Bah.

Both represent contending interests within the party; Alfred is a ‘reformer,’ and Chernoh belongs to the old guard.

But the two have the responsibility to put the party above parochial interests. Above camps and segregation.

They have the task of uniting the party at this crucial moment.

They can do this by making sure the 21-man committee does not become a cold war battlefield.

According to the court ruling, Alfred Peter Conteh will appoint nine members, including the chairman, while Chernoh Ramadan Bah is to provide twelve in consultation with other Members of Parliament.

Both Comrades should choose the 21 from amongst Comrades who have the leadership knack to unite the party. They should bring onboard well-meaning comrades from outside their immediate circles.

The neutrality of the 21 is the hope of the masses. They are the balancing act.

They should not promote rival interests and should not include people who seek self-gratification and revenge.

As a party, we should be responsive to the urgent need for a united and focused APC if we are to hold this government accountable and win the 2023 elections.

The 21-man committee should provide leadership in uniting the party.

Their task is more delicate than that of the 25-man committee that will conduct conventions and elections of party officers from Ward to national, including the presidential candidate for 2023.

A united APC is the craving desire of the members and a nation desperate to vote the SLPP out in 2023.

But we must come to terms with the fact that there can be no unity in the APC without a genuine reconciliation that seeks to put the party’s interest above all other considerations.

One of the other recommendations of the Nine-Man committee which recommended the new constitution is to reconcile the party.

The 21-man committee now has the arduous task of reconciling the party.

My view is that the 21-man committee reconciles the party before convening conventions to elect new officers and the presidential candidate for the 2023 presidential election.

It should be reconciliation before the conventions and not the other way round.

It is that which the party needs to facilitate inclusiveness, a level playing field, and the acceptance of what both the 21-man and 25-man committees will be doing.

In conclusion, reconciling the APC is the most urgent task at hand.

It is a sure precursor to ending indifferences and repositioning the party ahead of 2023.

If we desire to reconcile the party after the conventions, it will be putting the cart before the horse.

While the party is in the process of reform, let me, however, urge our APC MPs to demand the resignation of the Clerk of Parliament and the Leader of Government Business for their complicity and lack of due diligence thereof in the scam involving the presentation of a fake academic degree to parliament by the Minister of Agriculture to gain an advantage during his approval process.