The leading telecommunications company operating in the country, Orange Sierra Leone has over the years brought effective communications closer to members of the public at affordable costs. Both voice calls and data bundles for internet browsing are enjoyed by many without much complaints unless during rare times when technological faults rear their ugly heads to cause hitches but even at that the company ensures that they are surmounted and sanity is quickly restored.

Since it started operations in the country the company has successfully penetrated remote parts of the country which were hitherto hard to reach areas. Nationwide connectivity has brought communications to the doorsteps of many and this has contributed greatly to bring people and communities closer. 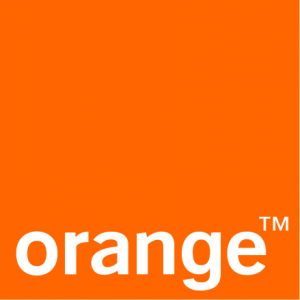 The company’s financial service is rated as one of the best as it enables people to transfer money to pay for goods and services, salaries as well as pay utility bills. It is on record that Orange Money played a critical role when the Ebola break out in this country as it was used to pay caregivers and from what was learnt it is a good platform as it has accountability and audit trails. As a matter of fact the platform has increased the partnership between Orange Sierra Leone and a good number of International Non-Governmental Organizations and Non-Governmental Organizations.  This platform has provided job opportunities directly and indirectly for over 5,000 people nationwide.

The company has been identified as one that is truly complementing Government’s development interventions on different fronts. When the SLPP led Government under the leadership of President Julius Maada Bio introduced the Free Quality Education Programme targeting primary and secondary school pupils, Orange Sierra Leone was the foremost telecommunications company that came forward to give it a boost. The company pledged the sum of $1.5 million dollars in material support with the objective of ensuring that the initiative becomes successful to benefit many. Putting pledge into action the company decided to dish out sanitary pads to female pupils in targeted schools across the country.

Still in the process of giving a boost to the educational sector, the company in collaboration with the Ministry of Basic Education and ST Foundation Bridge the Digital Divide-Sierra Leone launched the Super Coders Scratch Program which is aimed at helping children make their own interactive stories, animations, games, music, and art. Scratch has large collections or libraries of cool graphics and fun sounds to play around with, which enables children to solve real life social issues through coding and animation.

At this material time when much emphasis is placed on enhancing science and technology in the country the introduction of the project has been described as a step in the right direction as it has the potential of building the capacities of pupils with regards broadening their horizon on innovation and creating a platform for critical thinking.

Still within the realm of boosting education Orange SL launched the Spak Bundle Project which is otherwise known as the Student Pack. It is a project specifically meant for school going children and those attending tertiary institutions. The project offers pupils and students in both schools and tertiary institutions the opportunity to enjoy cheaper data bundles at affordable prices for research through the internet.

The company is now poised to roll out the remaining aspects encapsulated in the $1.5 million package towards rolling out the Free Quality Education Project.

When it comes to helping communities through its Corporate Social Responsibility, Orange SL has helped different worthy causes and change the face of various communities. The company has helped certain communities to develop through the rolling out of various development projects.

To sum it up the presence and operations of Orange Sierra Leone is indeed a big blessing to this country. It has made communications easily accessible and affordable. Besides, it is improving lives and communities.