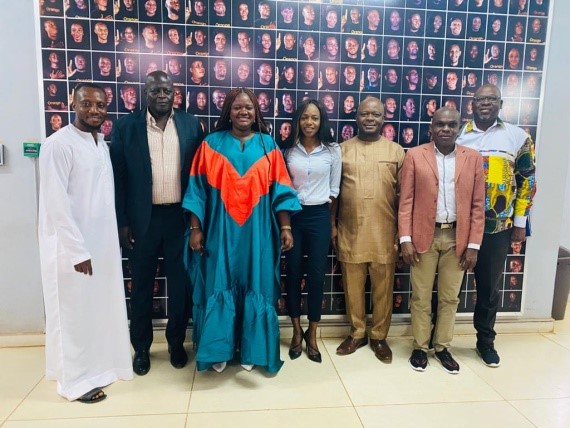 One of the telecommunications company operating in the country, Orange SL, on January 24 2020 welcomed WAFU officials, the Secretary General Jammeh E.K. Bojang and Media Expert Ahmadu Abdoul Toure at the company’s headquarters in Freetown as they paid a courtesy call on the Heads of Media and Marketing of Orange to discuss the upcoming WAFU Women’s Tournament to be hosted in Sierra Leone on the 25th February to the 7th March 2020.

Speaking at the meeting in the presence of the Sierra Leone Football Association President, Madam Isha Johansen and WAFU General Secretary, Jammeh E. K. Bojang among others, the Marketing Manager of Orange Alimatou Mbaye said they are committed to help the SLFA in hosting a successful event.

“We are committed to support the WAFU Women’s football tournament in Sierra Leone and will continue to support football as and when necessary,” the ORANGE Marketing Manager said.

Orange will unveil the tournaments Mascot which will be representative of Sierra Leone’s national and traditional heritage of womenfolk.

The Managing Director of the United Bank for Africa (UBA) Mr. Chinedu Obeta in a separate meeting at the bank’s headquarter, registered his unreserved interest to be one of the key sponsors of the Women’s tournament, which he believes will be a turning point for female football in Sierra Leone and will also give UBA more visibility in Africa and the rest of the world.

“UBA is currently operating in twenty countries in Africa and being part of a tournament like this will definitely help us expand our tentacles to more countries the world over,” Mr. Obeta Said.

SLFA President has expressed excitement and optimism over the first ever women’s international tournament being hosted in Sierra Leone and the maiden edition of the WAFU Women’s Tournament. “It means that not only will we set the pace, but we will set standards others will have to match or exceed in our bid to raising our game in women’s football,” SLFA boss said.

When the SLFA-WAFU team visited him at his office, the Director General of the Sierra Leone Broadcasting Corporation, Joseph Egbenda Kapuwa Esq recognised the efforts of the SLFA leadership for creating a link between the Sierra Leone Broadcasting Corporation (SLBC) on the one hand, and the regional football organizers (WAFU) and global media network (CIS tv) on the other hand.

“We are ready to collaborate with SLFA and WAFU to make this event a successful one. The SLBC is ready to start working on this laudable project as soon as possible,” DG Kapuwa assured.

Meanwhile, February 7th has been slated for the 2020 WAFU Women’s Championship draws in Sierra Leone. 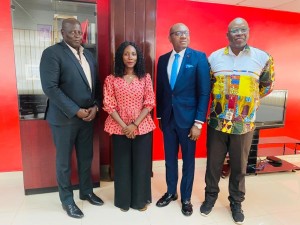 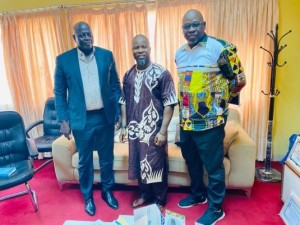