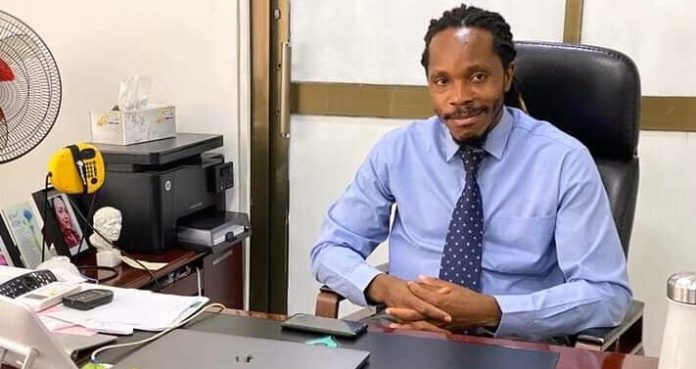 In a kind of letter or Memo written by a group calling itself Teachers Solidarity Movement (TSM) dated 21st April 2022 and addressed to all media houses in the country and captioned: “Demands of Teachers and Proposed Course of Action”, it was categorically stated that the Teachers Solidarity Movement (TSM), is here to address the perennial hardship that the Politicians (SLPP and APC) of Sierra Leone inflicted on the lives of the Sierra Leonean Teachers.

It continued that the Movement has representation in all the sixteen (16) administrative districts of Sierra Leone maintaining that for sixty (60) years since Independence, teachers are being treated with recklessness and left to starve with impunity.

According to the TSM, sixty years, Politicians keep telling them “Education is the key”, little did they know that Politics is the key.

The Movement continued that sixty years Sierra Leone’s politicians keep announcing to the Public that “teachers are the largest workforce” and asked the questions: So what? Didn’t we deserve a better living like the Lawyers we taught, the Doctors we prepared, the Bankers we made, the Engineers we carved, the Police and the Army we instructed and the very Politicians we inspired and expressing tiredness by saying
“Enough is enough”.

The TSM stated how that’s more the reasons they have decided to come together and speak for themselves without any intermediary but through their Solidarity Movement.
They continued that as a Movement, they thought it wise to stand up together and fight their course without the Sierra Leone Teachers Union (SLTU) which to them has been a toothless bulldog.

Members of the group stated how they are calling on the Government of President Bio, the Teaching Service Commission (TSC) and most importantly the International Communities i.e, the European Union Representative in Sierra Leone (EU), the Departments For International Development (DFID), the US Embassy and the British High Commission to come to their rescue.

They went ahead to say they are making such clarion calls in order to save the Education of their Children as they don’t want to see the continuation of the” Mango Tree CERTIFICATION” ‘Yea Dominion Yea’ phenomenal.

Included in the letter they stated that they want to be GREAT Teachers as William Arthur Ward once said, “The Mediocre Teacher tells. The Good Teacher Explains. The Superior Teacher Demonstrates. The Great Teacher Inspires” further calling on Papa Government to allow them to be the Great Teachers that Inspire.

They also stated that it must be remembered that the, “The foundation of every State is the Education of its Youth”, quoting Diagenes.
Based on what they said, from time immemorial, the conditions of service for teachers have been treated with levity adding that in the present socio economic morass, teachers welfare can no longer be taken for granted, expressing indignation by stating that, “Enough is Enough”.

They also stated that it will be recalled that the Government of His Excellency, the President, Retired Brigadier Julius Maada Bio promised better conditions of service to teachers and to make teaching an enviable profession at the launch of the flagship free quality education programme.

The TSM said in two years of governance, a laughable 30% increment was made to the disappointment of teachers mentioning how in the interim, teachers have seen the harmonization of salaries of civil servants and officials of MDAs and that Teachers have also witnessed the increment in salaries of politicians and lecturers.
They stated that unfortunately, the Honorable Minister of Basic and Senior Secondary Education is on record to state that teachers cannot be paid better because of their numbers.

The TSM said that statement is disingenuous on the part of the Minister as he has recently misinformed the President in Bo that teachers welfare and conditions of service have been adequately taken care of but in reality, teachers have been reduced to be destitute, beggars and hustlers.
According to them, Teachers have, homes to run, families to care for, personal affairs to handle, children to educate, external relationships to manage, house rent to settle, Medicare, transport to and from school, bills to pay and a lot more.

They then posed the question: What future is there for children of teachers?
The TSM said this is the time teachers must stand up in solidarity and speak truth to power maintaining that: What is good for the goose should be good for the gander.

They argued that if a university graduate in political appointment and the civil service is paid twenty million Leones (Le 20,000,000) a month, what is wrong with the teacher with the same qualification to receive a meagre one million three hundred thousand Leones (Le 1,300,000) a month? TSM members stated how teachers have no transport allowances, no medical allowances, no rent allowances, no wardrobe allowances and no leave allowances and again asked the question : Are teachers not Sierra Leonean enough like politicians and civil servants who are given all these facilities?.

According to them, Teachers are demanding the following as a matter of urgency: Harmonization of salaries, Inclusion of all pin coded teachers on pay roll, Payment of School subsidies before the start of any term, Lucrative Rent Allowance of not less than one million ( le 1,000,000.00) a month ,a minimum Transport Allowances of not less than le 1,000,000.00 a month, free Medical for Teachers and their dependants listed in their NASSIT Update Form.

They called the attention of President Julius Maada Bio to know that the lives of the Teachers are in a precarious, risky and on an emergency life supporting machines waiting untimely deaths hence in the classroom swallowing chalk dust, for which they can no longer afford the 21 days ultimatum notice as required by law.
According to them until a positive response is obtained from stakeholders between now and the 24th April, 2022, teachers have the option to withhold their services until further notice.

The furthered by saying Teachers solidarity acknowledges the hypocritical press releases from the SLTU and CPSS but wish to reiterate that the welfare of those organizations is assured through the lack of transparency and accountability among their ranks maintaining that this time round, teachers will stand up in solidarity for their own welfare with or without SLTU, CPSS, NACHOT or whosoever ending by saying Long live Teachers Solidarity Movement and Long live Sierra Leone.

On the other hand, in a Press Release put out by the Security Sector in Sierra Leone signed by the National Security Coordinator, Abdulai Caulker, for and on behalf of the Security Sector it was stated that its attention has been drawn to an unfortunate press statement making the rounds on social media, authored by a group labeling itself as ‘Teachers Solidarity Movement” (TSM), dated 21 April 2022 requesting Government to address welfare concerns of teachers.

The Security Sector pointed out that it would like to remind the so-called TSM that the Sierra Leone Teachers Union (SLTU) remains the nationally recognized body mandated to advocate on behalf of teachers.

It continued that therefore any issues relating to disaffections over welfare issues for teachers must be channeled through the SLTU furthering that whilst the Security Sector recognizes that every teacher has the right to raise concerns about improvements in conditions of service, such concerns must be done within the framework of the law.

The Press Release added that for the TSM to incite other teachers to withhold their services as well as embark on the planned nationwide industrial action without recourse to due process is an infraction of the laws and will not be tolerated now and in the future.

The Security Sector furthered how it wishes to assure the general public and all well meaning teachers that it is in firm touch with the authorities of the Ministry of Basic and Senior Secondary Education (MBSSE) as well as the SLTU who have assured that schools will reopen for the Third Term session on the 25th April 2022 as scheduled, also stating that parents and guardians are therefore encouraged to send their children and/or wards to go to school at the scheduled date of schools’ reopening.

The Press Release ended by stating that let all be rest assured that any person or group of persons who attempts to disrupt the smooth reopening of schools will face the full force of the law.