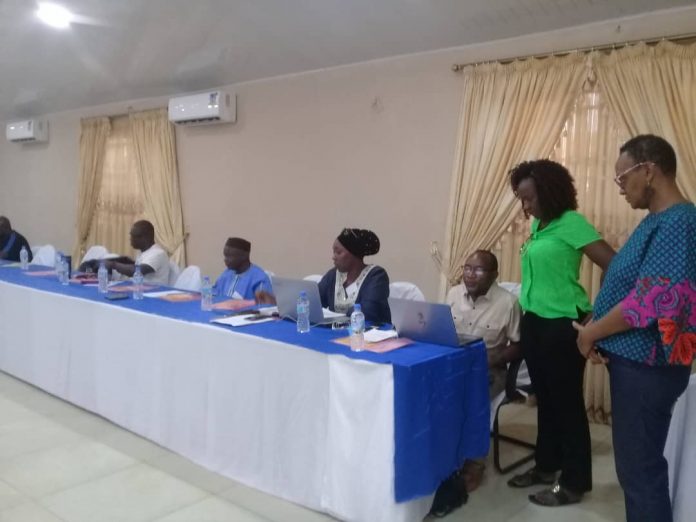 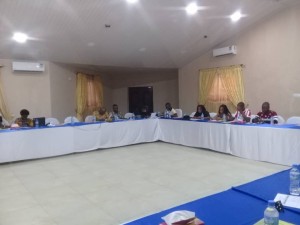 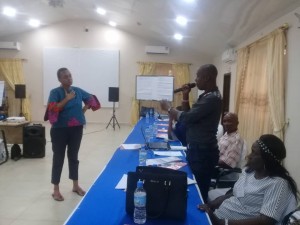 People’s Alliance for Reproductive Health and Rights Advocacy (PARHA) organisation which is advocating for sexual reproductive health and rights, few days ago convened a consultation meeting to critically look at certain key issues under its purview.
PARHA is a coalition of over 50 like-minded organisations that are advocating for the passing of a bill on sexual reproductive health rights for all and other gender issues.
In an exclusive interview granted this writer, Madam Theresa Ojong, Deputy Director of Planned Parenthood Association – Sierra Leone, who also doubles as Head of the Women’s Committee on Health Issues in the Coalition and member of the Task Force, said that the Coalition is advocating for the passing of a bill on Sexual Reproductive Health Rights for everyone, irrespective of gender. She further stated that PARHA is made up of organisations like Amnesty International, PPA-SL, Marie Stopes, Lawyers and several Civil Society Organisations, Paramount Chiefs and other traditional leaders. She furthered that they have since last year, been engaged in consultations with various stakeholders in communities across the country.
“PARHA has held consultative meetings with communities on sexual and reproductive health issues,” she revealed. Many people, she stressed, do not know how to access information about sexual reproductive health on offer.
“In this regard the organisation is advocating for the availability of information to the people, so as to enable them to make right choices about when to have kids and when not to,” she added.
She further stated that girls and boys need to know about the developments taking place in their bodies and how to deal with them. She recognised that in most families, talking about sexual reproductive health issues is a taboo.
Madam Theresa maintained that many girls learn about their bodies from their peers and seldom from their parents and this puts them in danger of getting pregnant, depending on the type of information they receive. Thus PARHA gives them a general package of sexual reproductive health. Consultations held last year with chiefs, farmers, bike riders and school kids were geared towards raising awareness about the issues. District committees were then formed to propagate the issues and regular reports are being sent to the Secretariat on the progress made.
She also disclosed that consultations with other stakeholders, including line Ministries are on-going. The group was pleased to report that consultations was held with the Inter-Religious Council on the need for a bill to address this issue and progress is being made, especially as they have the largest constituency in the country. Policy makers, like Parliament, are also being consulted with a view to establishing a partnership. She also disclosed that a meeting was held with Vice President Juldeh Jalloh, which was fruitful and recommendations received on the way forward.
Moisa Saidu, the Executive Secretary of PARHA, said that the purpose of this advocacy is to ensure that a bill is passed to enable people to make informed choices on sexual reproductive matters. He lamented that of all times, during the Ebola when people were ordered to avoid body contact with each other; it was at this time that the highest teenage pregnancy was recorded in the country.
This, he said, is as a result of the secrecy over the whole issue of sexual reproduction and its repercussions. He stressed that when a thing is hidden, people engage in it, albeit secretly, with devastating consequences. It is therefore the view of the Coalition that sexual reproductive health issues should be made a right and discussed openly in families.
He maintained that in this age of technology, a lot of sexual scenes are viewed by teenagers on TV and social media and no one has control over them, not even the parents. It is therefore in their view, the right thing to do to get the kids informed on the matter and prevent all this unwanted pregnancy and maternal mortality taking place frequently across the country. In this light they have been engaging school going kids on the progress of their bodies and the dangers involve in failing to make the right decisions.
He encouraged parents and elders to have open discussions with the kids and give them the right information that will help them avoid unwanted pregnancy and unsafe abortions. He observed that the home does not provide the space for such open discussion, due to tradition and admonished parents to break these barriers. In their quest to pass on this information, they are engaging traditional healers, who are believed to be part of the people some of these kids go to when pregnant and concoctions administered to those kids, which invariably result in medical complications for life for some of those kids. Moisa Saidu further disclosed that they are planning on partnering with the First Lady, as they see her campaign as the right step.
On the issue of sponsorship, he said that they do not have any external support, adding that through the individual contributions of the various member organisations in the Coalition, they are able to raise funds for their activities.