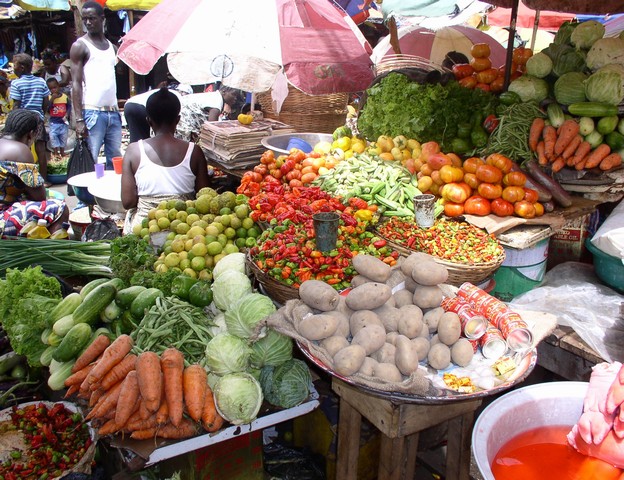 Uncharacteristically, the past two months has seen the price of a cup of pepper which used to be sold at between Le1, 000 and Le2, 000 shooting up dramatically to above Le6, 000 per cup. It is now gradually coming down to around Le4, 000 to Le5, 000 per cup.

The severe scarcity of pepper which is the most used spice in Sierra Leone, quite from it been caused by this year’s unpredictable weather pattern, shows one thing – that Sierra Leone’s agricultural sector still has a long way to not only produce enough for the local market, but also critically to produce surpluses that can be processed, stored and sold whenever needed; such as we see in supermarkets in the First world.

This means that in the country’s drive towards food self-sufficiency in the coming years, greater emphasis has to be placed by the Ministry of Agriculture, Njala University, Institute for Agricultural Research and other agro development related institutions and agencies to establish, like in many developing countries, research institutions and demonstration centres to develop and/or adapt technologies that would help improve on agricultural productivity.

In the 1970s, great improvements were made by Njala University in partnership with Illinois University in the USA to improve on many local food stuffs including cassava, potato, beans, cowpea, soya beans, pigs, etc. A lot was also done by the German GTZ to introduce improved rice seed varieties at Kobia in Mambolo chiefdom and Kenema in order to increase rice yields.

With the eleven years war erasing all these agricultural gains, and the country having to start all over again, although some modest progress has been achieved in improving agricultural technology, on the whole, the improvement record is not quite encouraging among the small-scale farmers.

In many areas, either there are no improved technologies or where they exist, are unacceptable by farmers.

Where useful technologies exist, their spread has been very limited and where they have been adapted, the benefits only accrue to a small segment of the community.

With more and more mouths to feed, with the bulk of the once farming rural population daily moving into the towns and cities, in changing the face and dynamics of agriculture and farming, considering the fact that low productivity has to do also with small scale farmers having very low acreages, there is need to examine the whole process of research, development, dissemination and utilization of agricultural technology that will lead to increase in production of all crops and animals in the country; in order to have them plenty and cheap in the market so that every family can afford to buy and eat a variety of foods in order to stay healthy and strong.