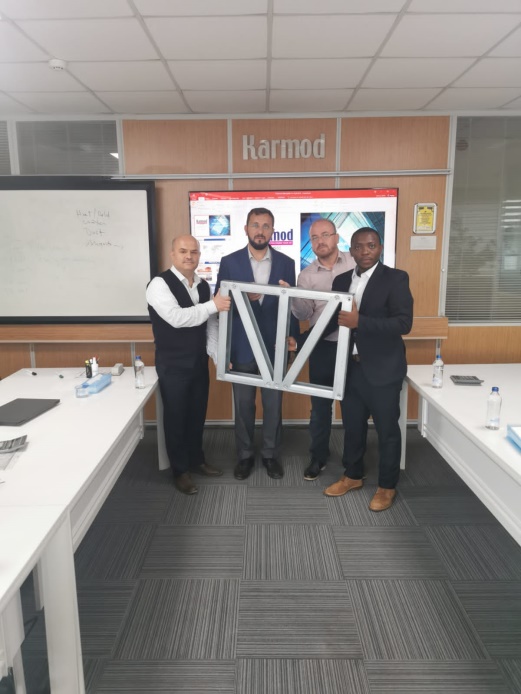 The official handing over of prefabricated building materials for the commencement of the ABCD Export City Project in Sierra Leone has taken place in Istanbul, Turkey on the 27th October 2020.

This medium was made to understand that the prefab materials will be used for the construction of the export city houses in the four project sites, in Sierra Leone, Moyamba Junction in Moyamba District, Mamamah in Port Loko District, Tikonkor in Bo District and Tissaor in Kenema District.

It was established that this development is a major landmark for the commencement of the operations of the ABCD Export City Project in the country and will create jobs for over twenty-three thousand Sierra Leonean youths once it starts.

Several other meetings are currently being held by the CEO about the project before the Spire -SL team returns to Freetown.

The ABCD Export City Project will be the most sustainable economic growth initiative in Sierra Leone since its independence.

Spire-SL is striving to create communities with vital opportunities in education, entrepreneurship, employment and the means as well as the ability to live in dignity irrespective of social, cultural or political differences.

It is also paving the way for inclusive lasting peace, health, security and socio-economic development in line with the Sustainable Development Goals and its blueprints to address global challenges.

Also, it will help ease unemployment with twenty-three thousand jobs that will particularly benefit young people and reduce so much pressure on the Government.

According to CEO KaiKai, the Project is part of President Bio’s vision to transform the country’s economy and its objective is to build four cities with standard facilities for the poor people in operational areas.
He added that each operational district will have five thousand (5,000) employees and that the Project after implementation will be the biggest ever in the history of the country.