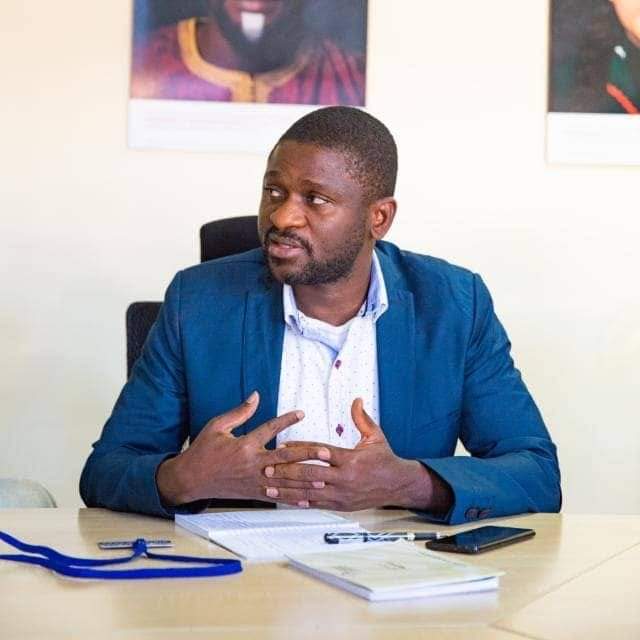 The Chairman of the Sierra Leone Premier League Board, Emmanuel Saffa Abdulai has been widely praised not only by Sierra Leoneans but even outsiders for his demonstration and actualization of resuscitating national Football competitions in the country, a game that went into coma because of infighting and disagreements among major stakeholders charged with the responsibility to ensure that there was order and decorum. Because of his vision and fine initiatives the Premier League is now vibrantly ongoing and from what has been learnt so far football fans are really enjoying it.
It can be no gainsay to mention that due to the seriousness of Saffa Abdulai the current SLPP led Government headed by President Julius Maada Bio was and is willing to give the Board the necessary financial and moral boost so that it will be a smooth drive or ride.
Commendably, amidst a rising threat of violence in the ongoing Premier League, football authorities in Sierra Leone have vowed to maintain a strict zero-tolerance to violence during matches.It follows the announcement of the imposition of a series of punitive measures against two football clubs found wanting for violent behaviour and several referees and match officials for taking bias decisions.
The 2019 Sierra Leone Premier League is the first organized league in the country in four years, after a protracted dispute within the leadership of the Sierra Leone Football Association prevented the organization of competitions.
Following Fifa’s suspension of the country last year, the government decided to spend the interim period to fix its house in order. The organization of the Premier League is considered as the beginning step of this move.
The first few games witnessed an impressive performance both from the clubs and the fans. But several matches have ended amidst violence, the latest being in Freetown when supporters of Ports Authority, one of the league, reportedly molested a referee for allegedly making a wrong decision during a match at the National Stadium in Freetown.
Subsequently, the Sierra Leone Premier League Board (SLPB) released a statement announcing the imposition of fines on two teams: Kamboi Eagles of Kenema and Diamond Stars of Kono Le5million (US$400) and Le10 million (US$800) respectively. According to the Board, Kamboi Eagles were penalized for failing to provide security during their home match against Diamond Stars FC.
The latter were found wanting for demonstrating “unsportsmanlike and violent” behavior during their own home match against the Freetown-based FC Kallon. The fans of both teams reportedly invaded the pitch of play.
In a separate move, the Referees Committee slammed between three and one week suspension on about three referees for offenses ranging from failing to issue out the right card as punishment to players, to connivance with other march officials to give undue advantage to a rival team in a game.
SLPLB Chairman, Emmanuel Saffa Abdulai, defended these actions, saying they were necessary to protect the games and ensure their integrity. “We know that the performance of the referees will determine the integrity of the game and we want to insist that they perform to a professional level that cannot affect the integrity of the game at all,” he said, referring to the decision of the Referees Committee.
Saffa Abdulai said the Board is currently investigating the reported violence in the last match involving Port Authority FC and Blackpool. According to reports, there have been many more acts of violence since the league started in January. SLPLB officials therefore say any future unsportsmanlike behaviour is likely to attract even bigger fine, with additional option of suspension or forfeiture of games.