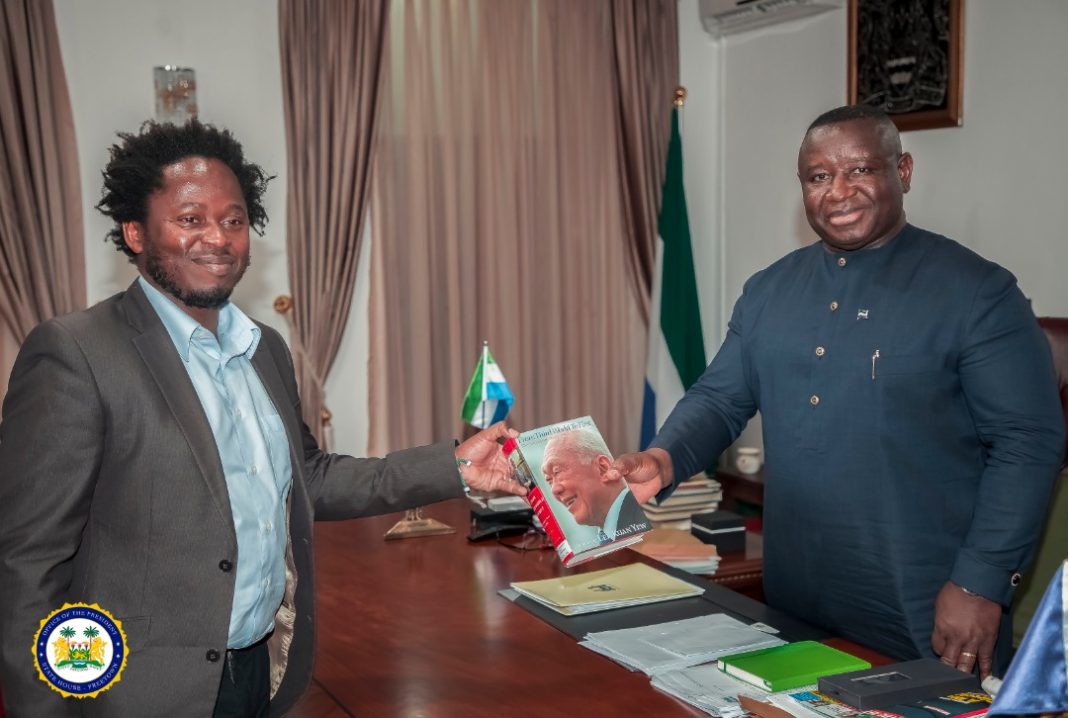 The Goodwill Ambassador was there to demonstrate his stance in the protection and promotion of the welfare of children in Sierra Leone.

Ambassador Beah, a Sierra Leonean, said that he was grateful to meet the President, adding that his mandate was to advocate on behalf of children who were the most vulnerable in society. He said that he was particularly happy to come to the country at a time when the New Direction Government was laying the foundation of human capital development and taking care of children.

“We are happy that you are building a future on human capital development, particularly to have a country that has a strong foundation for children; not only to feed them but also to pay attention to their psychological educational initiatives. I also want to commend you for the free quality education that you are providing for children, especially for those who were not going to schools.

“We know that there are some challenges and I want the Government to continue working with UNICEF. I do hope that the commitment between Sierra Leone and UNICEF continues. I have heard of the remarkable work being done at the various ministries and I hope this continues to build this country,” he said.

On his part, President Bio said that he was thankful to UNICEF for their work in the country, saying that that had aligned with his vision for human capital development. He said his government was concerned about the future of children and noted that that was the reason for providing free quality education to develop children into meaningful citizens that would be able to support the development of the country.

“Your work supports what we want to do and I hope we can work together to support the children in Sierra Leone and around the world. It is a responsibility we should take seriously and we are fully committed and ready to celebrate children,” he said.

Established in 1946, UNICEF is a United Nations agency responsible for providing humanitarian and developmental aid to children around the world.