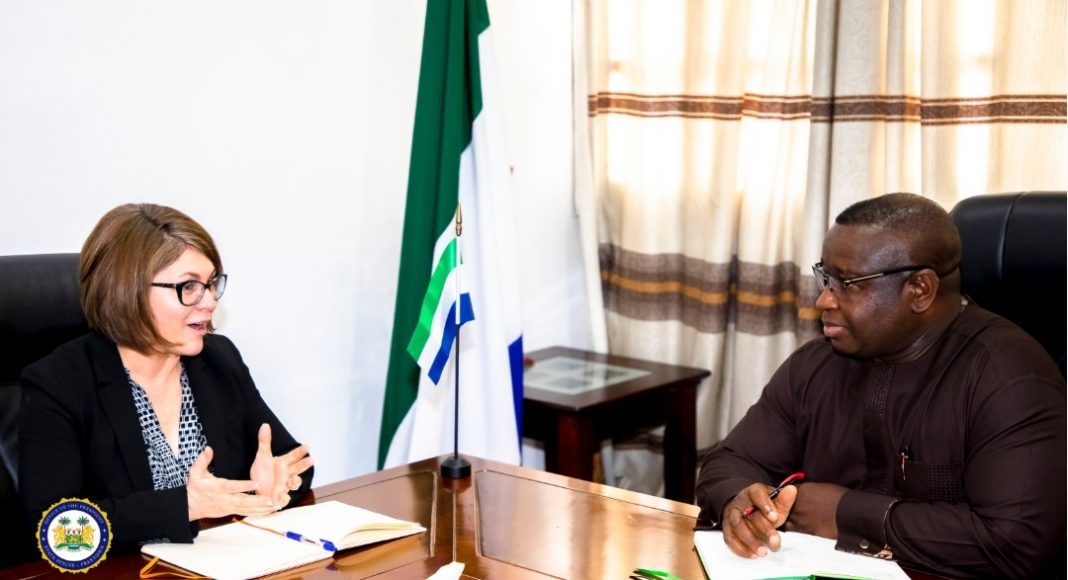 The new IMF Resident Representative to Sierra Leone, Dr. Newiak has informed President Bio that it is an honour for her to meet him and noted that she had wanted to be in Sierra Leone because she had heard so many good things, including reforms underway. She added that she is in the country to support the Government in its reforms through partnership and collaboration.

Presenting the IMF team at State House, Minister of Finance, Jacob Jusu Saffa, thanked the President for making time to see them, adding that as protocol demanded it was proper that they met.

The IMF Chief said that she was delighted to be in the country, adding that the measures and progress made so far had been very good. She noted that more important was the fact that Sierra Leone and the IMF had a really good partnership. She said she was impressed with the Government’s strategy around innovation and digitalisation.

In his response, President Bio said Sierra Leone is genuinely committed to making progress economically and socially. He said his Government is making efforts to surmount the challenges and for which he needs genuine partners. He assured the duo that his Government is willing and ready to partner and collaborate with the Fund to help achieve its goals.

The new IMF Mission Chief joined the IMF in 1998, bringing a wealth of experience to her role. She was previously Mission Chief for West Bank and Gaza and has worked on a range of low and middle-income countries, including Afghanistan, Albania, Egypt, Jordan, Nigeria and Yemen.