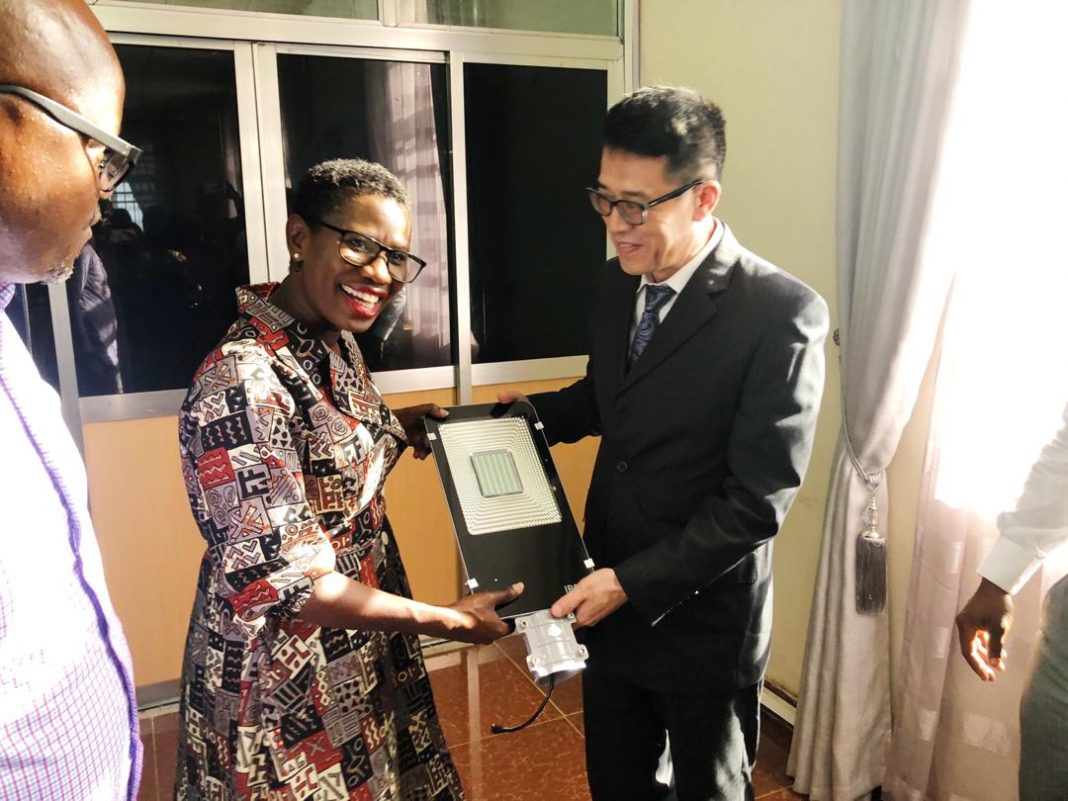 A delegation from the Embassy of China to Sierra Leone has handed over 20 solar-street lights and several smaller indoor and outdoor solar lights to Freetown City Council (FCC).

The items were presented on 4th November, 2019 to the Mayor Yvonne Aki-Sawyerr at the Mayor’s Parlour in the presence of the Chief Administrator, councillors and staff of FCC.

The donation comes as a result of a promise by the Ambassador of China to Sierra Leone, Hu Zhangliang, to the Mayor of Freetown in August this year, when he paid her a courtesy call. Impressed with the concept of the Cleanest Zone Competition – rewarding communities that make significant improvement in sanitation with infrastructure development – Ambassador Hu Zhangliang promised that he would support in any way he could.

FCC is grateful for the donation as the 20 solar street lights will last the next two cycles of the Cleanest Zone Competition. The smaller solar lights will go towards lighting of green public spaces.

The FCC looks forward to continued collaboration with the people of China and its representatives at the Embassy of China in Sierra Leone.

The Cleanest Zone Competition is currently underway. FCC is assessing the reduction of garbage and increase in vegetation in public spaces amongst other things. The winner of the competition will receive 250 metres of paved road made from recycled plastic, a 10,000 liter water tank, scholarships for 10 children and 10 of the solar-street lights donated by the Embassy of China. Residents are urged to keep their surroundings clean for their communities to stand a chance to win the Cleanest Zone Competition.