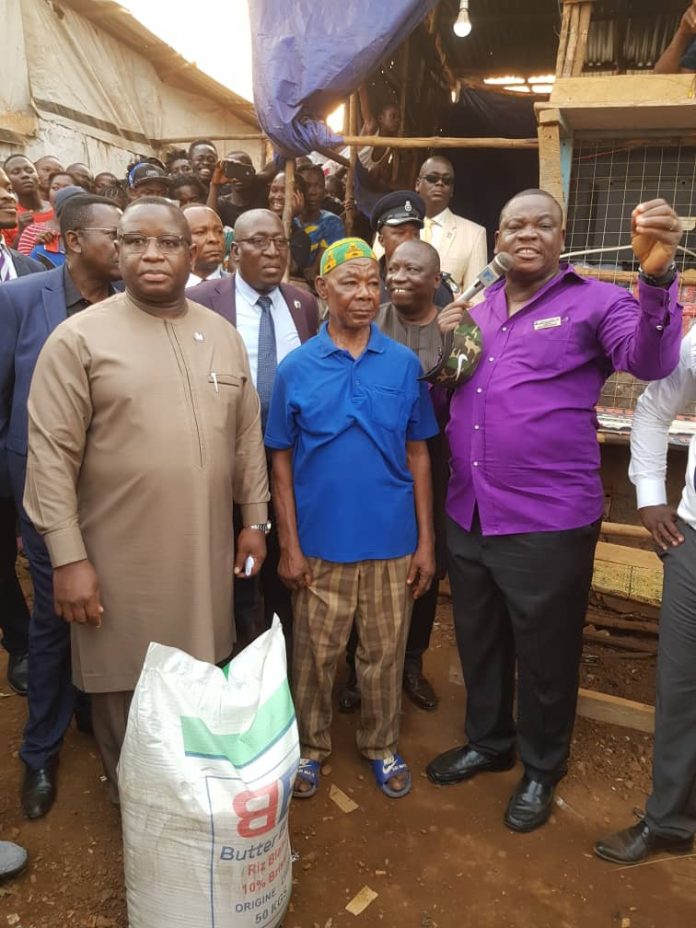 In a bid to sympathise with victims of a fire outbreak which occurred in the early hours of Monday 4th March 2019 His Excellency President Julius Maada Bio made an unannounced visit to the Kroo Bay Community. The number of households affected is estimated to be around 309 and the affected population 895.

Following the fire disaster, His Excellency President Julius Maada Bio instructed the Office of National Security to mobilise support for the victims while assessment of the disaster is being undertaken.

His Excellency President Julius Maada Bio had to leave work earlier to visit the scene of the disaster and sympathised with the victims. He told the community that it is the job of Government to always support people affected by natural disasters. A symbolic handing over ceremony of the relief items was done by the President to the Kroo bay Community Chairman.

The constituency MP of the All People’s Congress, Hon. Alu-Conteh Alusine Kainde thanked the President for his caring nature and concern shown to the victims as father of the nation. While also receiving the President, the Kroo Bay Community Chairman, Mr. Soriba Kamara said that President Bio is the first sitting President to ever visit the Kroo bay community and the community would forever be appreciative.